The aerial creature eagle is the most of common name for a many number of large birds of prey and belong to the family known as Accipitridae. Eagles do belong to different group of genera, and, all of them are not closely related.

Amongst the Most of the sixty species of the eagles are from Europe, Asia and Africa. Outside these continents, there are just fourteen other species that can be normally found.

These predatory aerial creatures belong to the kingdom of Animalia. They are categorized under the phylum of Chordata. These extraordinary birds are classified in the department of class as ‘aves’. And, the order they are listed under is ‘accipitriformes’. And lastly they belong to the family of ‘Accipitridae’. 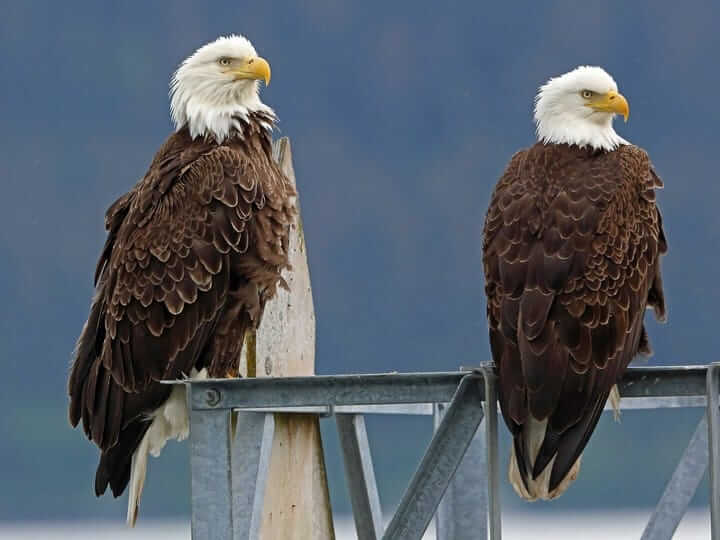 The Eagles are very large and powerfully built predatory birds, or as one may call it bird of prey. They are with a pretty heavy head and quite strong beaks. Even eagles which are the smallest in nature, such as the Aquila pennata or the booted eagle, which is when compared in size with a common buzzard or the Buteo buteo or the red-tailed hawk also known as the jamaicensis, have relatively a quite longer and more evenly sorted broad wings.

Just Like all other birds of preying characters, the eagles have a very large, and hooked type of beaks for ripping the flesh from their prey. They are very strong, have muscular legs, and a powerful talons. Their beaks are typically much heavier than that of the most other birds that are characteristically predator in nature. The eye sight of any eagle is very powerful. 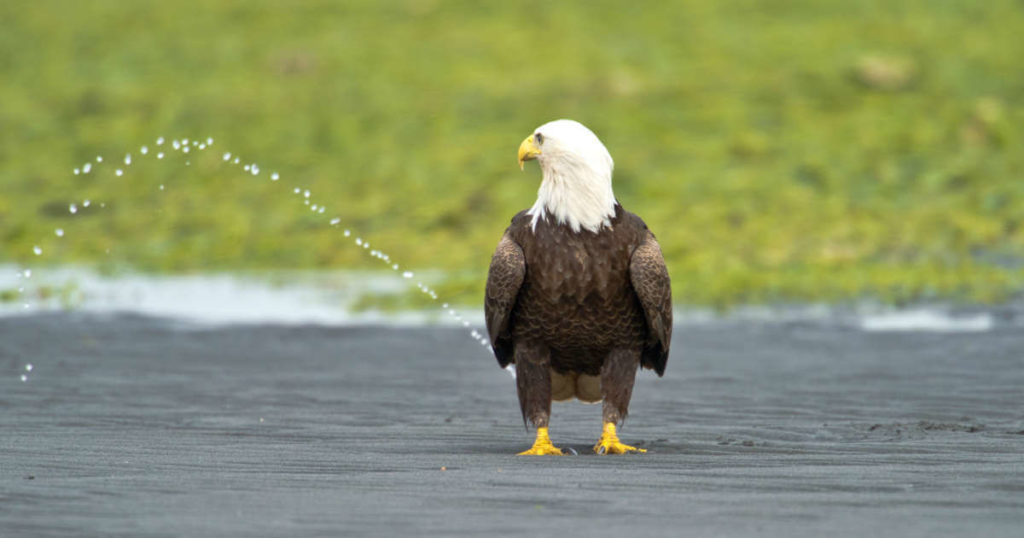 Researchers have estimated that the martial eagle, one of the many types of eagles; whose eyes are more than twice in length as that of a human eye. They have an visual acuity of 3.0 to 3.6 times more than that of the humans.

This great acuity enables the eagles to spot any potential prey from a really long distance. This superb keen eyesight is primarily due to their extremely large size of the pupils which makes sure there is minimal diffraction or scattering of the incoming light.

Distributed throughout the world the eagles have acquired different names in different zones throughout the ages. Not based on features or characteristics but just based on the locations they are found. Wedge-tailed eagles are found mostly in Australia, their habitat range extends into the southern New Guinea.

The eagles are carnivorous in nature and therefore prey on wide range of species ranging from small birds to large mammals. They prey on waterfowl, squirrels, raccoons, rabbits and different fishes as well.

They also prey bigger animals like goats, sheeps etc. Small birds are also hunted by eagles. Eagles are sly and powerful which allows them to steal or snatch away the hunt of some other animal. They have also been to scavenge at times.

Well, life span of every living thing varies. And, amongst the eagles the life span varies breed to breed. Although the research done on them were not exactly 100% accurate it is found that the breed that can live the most number of years is Bald Eagles and they can live is up to 20 years and the Crowned Eagles can live up to 14 years. 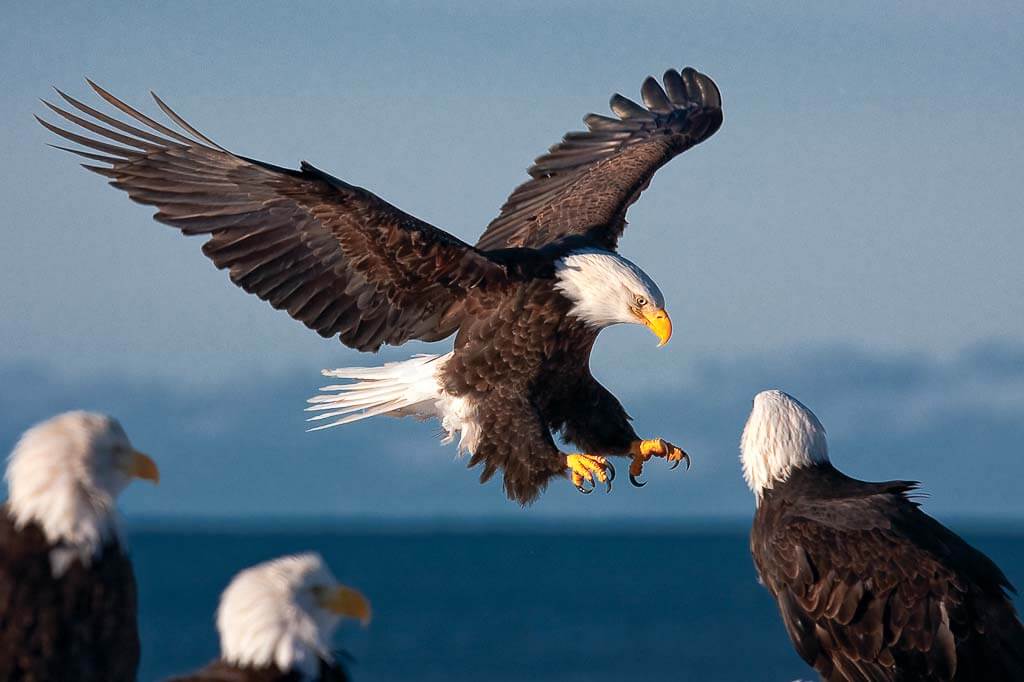 Eagles, in general, are sexually mature and are capable of breeding at the age of around 4-5 years. Bald eagles are regarded as fully matured with the complete white heads and tail. Golden eagles start breeding with females from the age of 4-5 years. The breeding season among eagles varies on different factors and locations.

Eagles are very versatile and tough birds. However, they are affected by different diseases as well. Coming in contact with the flesh or skin of hunted preys sometimes transfer harmful germs and diseases into the eagles as well.

Cardiac arrest, stress factor and other health issues can be widely seen in eagles. Avian vacuolar myelinopathy is a common health problem which affects the proper flying and preying abilities of the eagles. West Nile virus and Aspergillosis are also major health problems that eagles have to face.

The eagles have been classified into different types of groups. Here are the 4 groups.

It is not legal to domesticate eagles in majority of the countries. They are considered as free and wild birds that need to stay in their habitat. The increasing human interference with their habitats has shown Eagles are decreasing in numbers. Therefore some species are considered vulnerable and classified under Threatened category and they become extinct in the coming future if we do not conserve them.