Devon Rex an adorable cat is a fun loving animal along with social attitude which is rarely seen in the cats. They are quite interested in their surrounding environment. The playful nature of Devon Rex makes them lovable and quickly learns the trick. They are interested in playing hide and seek, fetch and so on.  They are often called as money in the suit of a cat.

The unique breed of cat has human loving nature and is loyal to their owners. In fact, they also possess some dog like qualities. They play with their owners and also sleep with them. They love to accompany you while you are busy with your household chores.

You will find them always cradling either in the arms or laps. Although, they do get bigger but by heart they always feel like a baby kitten. Their nature connects them deeply with all the family members. Their social nature makes them imperfect for living alone for a long time without any company of humans. 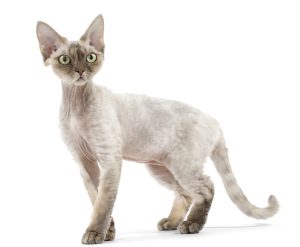 Devon Rex eats meat, if you opt for the vegetarian diet completely for them, then you will have difficulties in future. 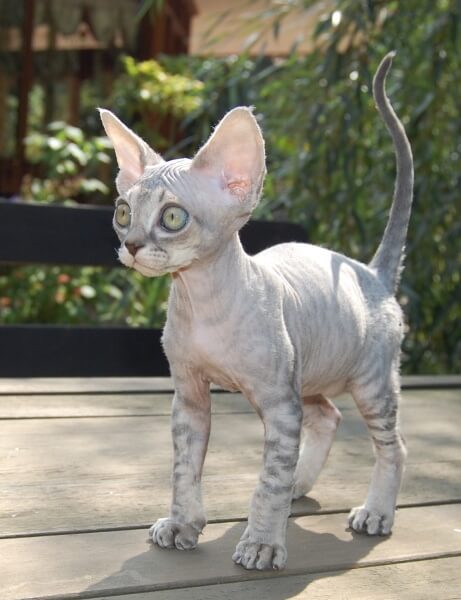 Like other cats, Devon Rex like to wag the tail when she feels happiness. You will find this unique cat always on the top of heater vents, computer monitors and television as these are heat seekers.

They are also like to be in the cover of their master’s bed, especially in chilly winter nights. If something is left tasty in the kitchen, then surely you will find Devon Rex eating that stuff.

It is not an ordinary cat and have an elfin appearance. Devon Rex has surprisingly big ears, long skinny neck and oddly shaped head. The adult Devon Rex weights nearly 6-9 pounds. Generally, males are heavier than the female Devon Rex. For the whole life time the coast varies as during molting they drop more fur.

They have very short whiskers and they are rolled in such a way that it appears that they are no whiskers at all. The toes of Devon Rex are unusually large. The sturdy and long legs make them enable to take long leaps. However, their body is not heavy and it is light. 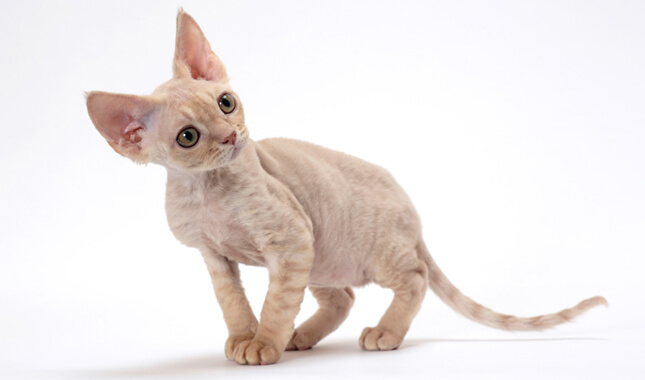 This breed of cat is prone to hypotrichosis which is a kind of dermatitis. Malassezia is the causing agent of this disease. They are often suffered from the Vitamin K-dependent coagulopathy which is an abnormal hereditary blood- clotting.

Patellar luxation as well as umbilical herbias is also found in Devon Rex. Apart from these, during the pregnancy period, they also blow their coat. In fact, they are prone to obesity which spoils their beautiful tubular shape. Males of these creatures develop a condition known as stud tail. They are not hypoallergenic.

They are low maintenance breeds. They are like wash and wear companions.