Grumpy cat is the most sought out name online in recent times. It belongs to snowshoe breed that poses for camera with an angry look. Grumpy cat does not indicate any cat breed but is only a pseudonym given for particular cat by name Tardar sauce.

Grumpy cat or Tardar sauce was born in 2012 and it belongs to Tabatha Bundesen of Morristown, Arizona. They arranged to post her photos and pictures to reddit which made her famous overnight. The kitty gave a scornful look for the photo session giving a serious distinct image. Shortly after, her video clippings and photos became popular and it gained celebrity status with millions of likes.

Its popularity reached its peak when huge number of posts and blogs discussed about its grumpy look. More pictures were re-submitted to Reddit and huge fans were following it closely. The pictures also got entry in various animal blogs like Paw nation, the Daily What etc. The stern look of Tardar were discussed and compared with other cats which added fuel to the fire. More images were posted on leading social networks like YouTube and Facebook under the caption “Grumpy cat”. Entrepreneurs started selling T-shirts and various products by imposing the face of grumpy cat on it.

Unlike its scornful look on photos and videos, Tardar is not grumpy at all. She is really a cute lovable cat that stays calm. She is energetic and playful and likes to play the game of hide and seek. Grumpy has orange coat covering and is small in structure. Grumpy loves to eat Savory shreds and tuna coffee cake. She is ready for traveling a lot and quickly climbs into the basket when her owner takes her outdoors. She sleeps in daytime and active during nights like many other cats. She enjoys playing with strings and small bags. 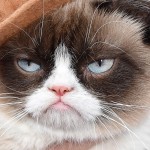 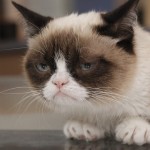 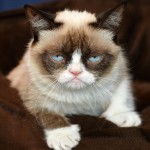 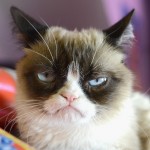 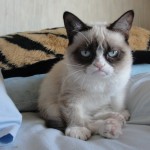 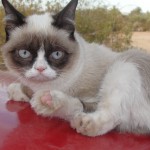 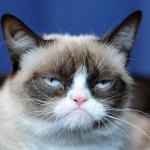 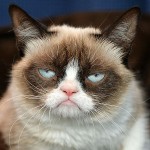 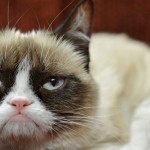 Recently a book was written on Grumpy cat which went on to the extent of listed in the bestseller hit for New York Times. Even grumpy cat is going to be filmed adding more profits for her owner. According to a statement issued by her owner, grumpy has entirely changed her lifestyle who earlier was working as a waitress for more than a decade.