Exotic shorthair is almost the same as Persian cat except its glamorous hair. People who are lazy enough to maintain Persian cat can easily take care of this hairless exotic and for this reason it is called “lazy man’s Persian”. This particular breed was first introduced in late 1950’s by mating the American shorthair with the Persians.

The yield was exactly like the Persian without the long glittering hair. Initially exotic was not accepted but slowly Persian breeders became impressed by its new look and named it as “exotic shorthair”.

Exotic shorthair is easy going and affectionate cat that can make good company for your children and others at home. You cannot leave her behind without any care since she is adamant in demanding your attention.

They are fond of sleeping in your lap when you are sitting and watching television. They love to be petted and cuddled by every person at home. They are active and curious unlike the Persians and move around playing and jumping while not sleeping.

When compared with females, males are more active and affectionate. They are self playing when everyone in the house are busy. They enjoy chasing balls or jumping to reach their toys and keep the children occupied.

Once you enter the home, he would faithfully follow you at each place and will not leave you until you are picking and fondling him. All he needs is little food and little playtime and lots of love from you. On the whole, exotics are lovable and easy going and ideal for any family.

Exotics are attractive and charming cats and are heavily boned. It has a dense coat with soft hair covering. Head is round and broad, ears are low set on either side of the head and it has big oval shaped eyes. The size of the head and neck matches with the body size and short legs.

Its tail is so cute and thick that you would love to cuddle it when he is on your lap. It is the luxurious coat that gives him a look of plush toy. Its expression and appearance is such that children would always want to pick them up and cuddle. Exotics are available in variety of colors and multitude of outlines.

They are satisfied with little affection and care you bestow on them. When compared with other cats with long hair, grooming is quite easy for exotics. You can comb him once in a week for removing loose hair from the coat. Remember to wipe out the debris from his eyes regularly to prevent eye stains.

Bathing him would not be a problem owing to his short glittering hair. Maintain good dental hygiene by brushing him daily. They are plush dolls and are not safe for outdoor activities. He can get bitten by other cats or dogs or sometimes can get stolen.

Most of the health problems of exotic shorthair are genetic. It can develop several diseases on its face. They are prone to develop excess of tears making the eyes always fluid-filled. Dental problems like malocclusions may develop for many cats.

They are sensitive to heat and hence you need to careful during summer. They can get polycystic kidney problem from parents and in case you are looking for new breed check whether he has this disorder. Sometimes it can get infected with fungus or bacteria. 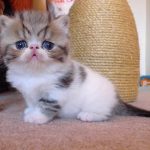 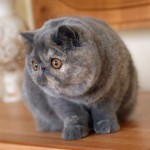 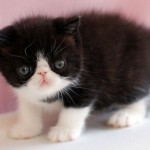 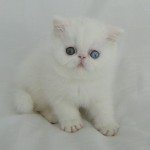 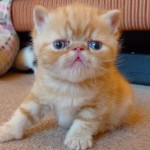 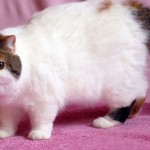 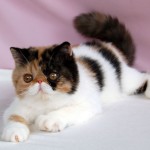 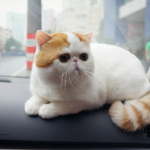 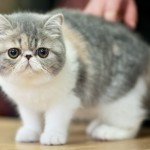 If you are a type of person who prefers the Persian breed with richly decorated long hair but you are lazy to maintain it, then Exotic shorthair is meant for you. This breed has been recognized by Cat Fanciers Association from 1967. Exotics are available in two different “looks” namely extreme and traditional. Extreme type has flat face and is known to have breathing disorders whereas traditional typed ones are known for its old fashioned look.

They gave contrasting eye colors related to their coat. They get along with children and other pets and even cat friendly dogs, if trained properly. Exotic has been awarded with “Cat of the year” title in 1991 and now it has huge fans in many countries.