The Bombay cat has an endearing look. The sleek panther-like black coat and vibrant yellow color eyes will make you fall in love with it. Its wide open eyes give the impression as if the cat is in perpetual state of surprise or shock. It is a medium sized cat that can be lap cat as well playful cat. This cat loves to learn new tricks in order to impress its owner. It is advisable to provide it interactive games and toys so that it lives happily in the family. This cat has been named as Bombay because it is the collective name given for all Asian cats having rich black coat. This breed of cat is the best choice for first time cat owner because of its easy going personality. It makes constant companionship to owners, is playful with kids and is acceptable by other animals including dogs too. Read the below mentioned headings to know more interesting facts about the Bombay cat.

India is a place known for too many Black Panthers. There’s no doubt that this breed resembles to Black Panther. The cat has been named after a famous coast in India namely Bombay. The credit for this breed development goes to Nikki Horner. She wanted a cat that has stature of Burmese cat and mesmerizing black color coat and copper eyes like American Shorthair. This breed was created in 1950’s but got registration from Fanciers’ Association (CFA) in 1970. Today the Bombay Cat is the most recognized cat in the world.

As the cat is naturally healthy so do not overfeed it else it will be prone to obesity. Do not leave food all the time on its plate. Give premium quality dry kibble to your cat. Milk is favorite drink of all cats so you can feed it milk too.

The life expectancy of Bombay cat is 9-13 yrs.

This breed is not hypoallergenic. In general, they are healthy cats but some cats tend to suffer from breathing problem. It may also suffer from excessive production of tears. Obese cat can suffer from arthritis, diabetes, and a liver disease.

The cat sheds lightly as it has short coat. Once a week, brushing is advisable to circulate blood flow. The diet of the cat plays a major role in keeping its coat healthy and lustrous. It will also keep its coat free of any disease. The other grooming process which the cat needs is checking its ears regularly for infection and nail clipping. Brush the cat’s teeth with vet approved toothpaste.

The Bombay cat is suitable for warm climate but it can survive in winters as well, if you give protection and heat sources. 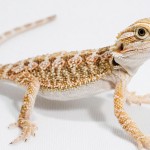