East Siberian Laika is a dog of Russian breed and it is considered to be of spitz type.  Spitz type is a term that includes specie of domestic dogs having thick, long and beautiful white fur with a tail that curls over the back of their body and have pointed ears.

This breed of dog is widely used for the hunting purpose but they are considered very versatile and they are mostly found on the Eastern parts of the Siberia.

Some Facts About East Siberian Laika 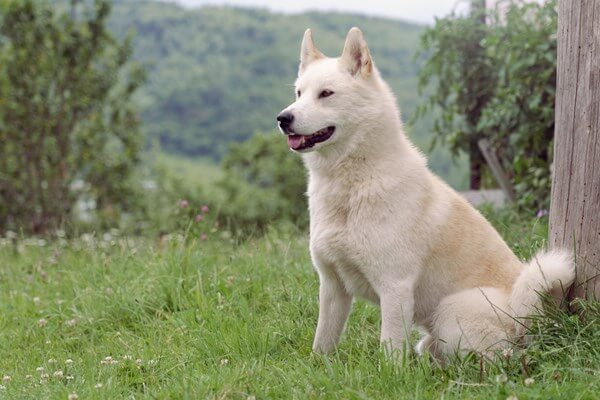 East Siberian Laika is a dog of medium size that requires to be fed with high quality food as per the guidance and rules.  Before feeding it is important for you to know that these dogs are needed to be fed as per their age such as if you have an East Siberian Laika pup of 8 to 12 weeks then you need to feed 4 bowls of cup per day.

Pup of 3 to 6 months should be given 3 meals at period of 24 hour, while puppies of 6 months to1 year old should be fed with two bowl of food per day. After 1 year this breed of dog needs to be served one time a day only; however some of the dogs prefer to take two small servings a day after reaching the age of one.

This breed of dog is high energy breed that’s why proper nutritional food should be given so that they can grow properly. You can give cottage cheese, cooked eggs, branded dog food to meet the daily nutritional needs.

East Siberian Laika is developed for hunting purpose that’s why they like to be little independent and can sometimes act like a stubborn. But generally these dogs can get along with the family and person very well.

The only difficulty of this breed is that they can’t get along with other dogs as they don’t want any other dog in their territory and want to live independently. However, this problem can be solved if one properly train and socialize these dogs from early age. If trained well, these dogs can be calm and form a strong bond with the family members.

These dogs are very devoted towards their master and their family. Presence or company of these dogs can bring a peace of mind. You will enjoy their company when you go on jogging, hiking, walking or camping with these dogs.

This is because these dogs can quickly detect any kind of threat from vulnerable predators such as bears, mountain lion etc, they can also react quickly and aggressively that forces the predator to choose in between defending or fleeing away.

If you plan to have this breed of dog as your pet then it is essential to do regular brushing and grooming of the dog. This is because they have double fur coating on their body. Furs on their body are dense, thick, soft undercoat for which regular caring is required.

The undercoat of the dog blows out or shed annually and if you have a female dog then it happens twice a year. At the time of shedding lot of care is required because hair can shed over the carpet or float to other parts of house, so at the time of shedding do the brushing regularly throughout the house so that you can prevent spread of diseases. 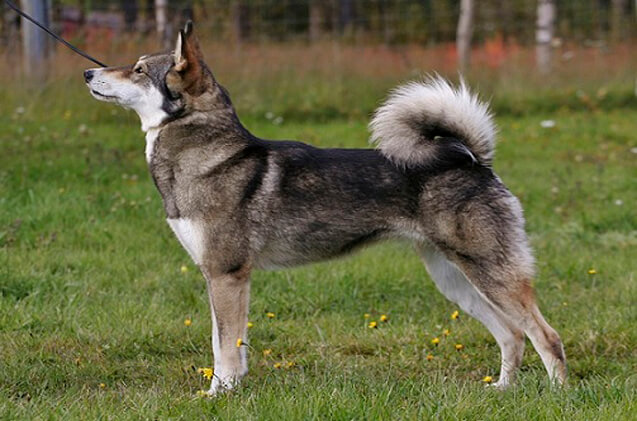 Male East Siberian dogs generally have a length of 22 to 26 inches while the female ones are shorter generally around 21to 24 inches. Weight of the female as well as of the male one is almost same and they generally weigh around 45 to 70 lbs.

East Siberian Laika breed generally have a coat around their head with thick and straight hair along with dense soft woolly undercoat around their body.  Ruff is developed on the male counterparts significantly more in comparison to the female ones. Coat colours may vary and it can be of many colours such as black, gray, red, white etc.

It is unknown from where spitz type of dogs originated but it is believed that these dogs have an origin of arctic region. Genetic testing conducted over spitz dogs shows that these dogs are very closely related to the family of wolves which are considered as one of oldest dog types. One theory suggests that ancestors of the spitz dogs mated with the wolves that resulted into various types of spitz dogs at present day.

East Siberian Laika retains various traits such as behaviour and appearance of their wild ancestor “wolves”. All Laikas are known as very versatile dog that has main characteristic of hunting. Each particular breed of these dogs is specialized to do some certain tasks based on the environment they live.

East Siberian Laikas are known as one of the healthiest dogs in the world. As far as now, there is absolutely no hereditary health problems associated with these dogs.

However, there are some minor abnormalities may occur among these dogs but these abnormalities considered typical among every purebred dogs.  Monorchidism (where within the scrotum there is only one testicle) and occurrence of umbilical hernia are some of the health issues that are generally seen among these dogs.