Echidna is one of the most interesting creatures on the planet Earth. This is because it has a spine similar to porcupine, bird like beak, pouch as like of kangaroo and they can also lay an egg like a reptile.

Echidna is small in size and they are the natives to Tasmania, Australia and New Guinea.  Echidna can also feel the vibration through their nose and they have extremely good hearing ability because they have vertical and large slits just behind their eyes.

There are generally two types of echidna such as Sir David’s long beaked and western long beaked. Both of the species are categorized in highly or critically endangered. In last forty to fifty years, population of western long beaked echidna gets decrease by 80% and IUCN come forward to conserve this animal. 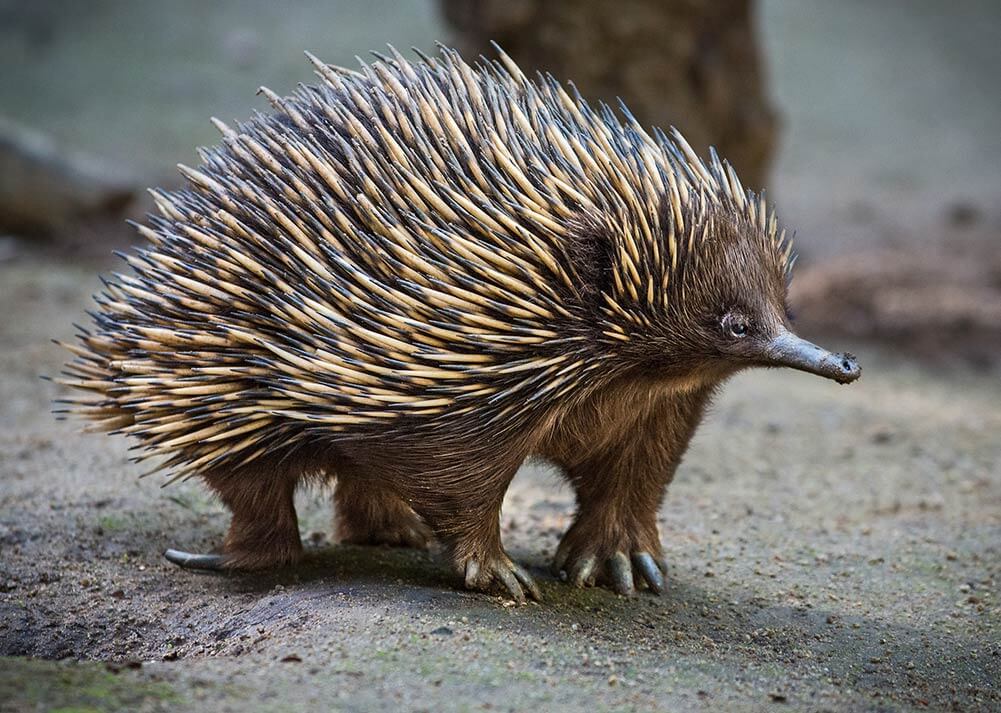 They are considered as carnivores. Echidnas don’t have any tooth that’s why they only eat ants, termites and various types of soil invertebrates. According to the reports of an Australian zoo, echidna love to eat beetle larvae.

Echidna has a strong claw that helps them to break the open logs in order to reach out to termites that they scoop with their lengthy tongues.  Echidna can extend their tongue to around 18 cm if needed. 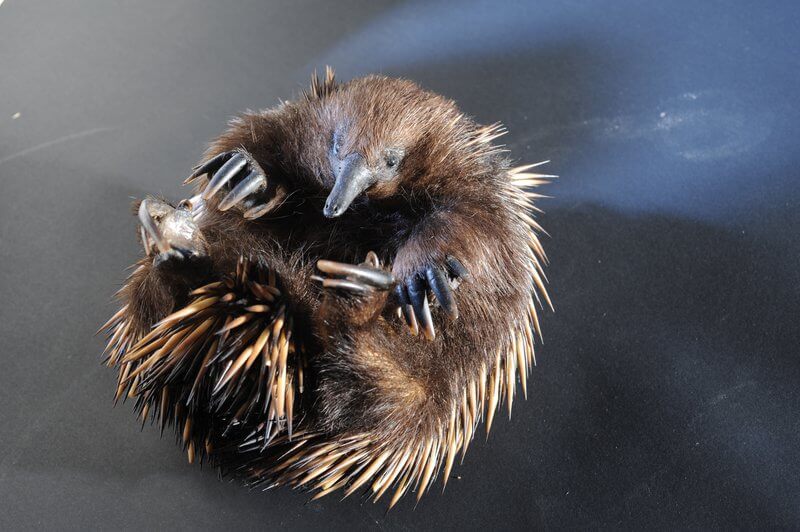 Echidnas can’t able to take the extreme heat and in order to protect themselves from the extreme heat they hide in crevices of rock and caves. This creature can found in woodlands and forest, generally hide under the vegetation, debris piles or roots.

They can also make use of the burrows of the animals such as wombats and rabbits to hide themselves. Each echidna has their mutually overlapping and large territory.

They may look small but this animal is known as capable swimmers. While swimming they expose some of their spines and snout, so that they can groom as well as bathe themselves.

Echidnas are considered as a solitary animals but echidna are not territorial. This animal shares their territory or home with other animals of their kinds.

They are highly active during the daytime but when the warm season approaches they remain underground to protect themselves from the heat. At the time of cold season echidnas go on hibernation and doesn’t come out during the extreme winter.

This animal has a specific breeding season or period. Echidnas generally breed between the month of July and August only. Mating process of the echidnas is very unusual as male have a penises of four headed and females have 2 reproductive tract branch.

At the time of mating only two heads are active and it is considered that these four head helps the males to produce the sperm in large quantity and these heads are also helpful for the males to become more competitive against any other male.

As per the experts, usually at the time of hibernation, male echidna come into the burrow of female and mate with them while female sleeps. There are chances that she may wake up pregnant without even knowing how she got in this condition.

At time female generally lays only one egg. The egg she lays placed in the pouch that is attached to her stomach and in pouch egg incubates. After around seven to ten days, egg gets ready to be hatched. When egg hatches, baby echidna comes which is known as “puggle”, at the time of birth, puggle weighs around 0.5 gram and about half inch long only.

These puggle stays inside the pouch for other 6 to 8 weeks, this helps the baby to strengthen and harden its spine.  Till around seven months puggle drink the milk of their mother. Puggle don’t suck the milk through nipples instead of it mother secretes the milk through their glands and puggle laps the milk up.

In research, it is found that if the echidnas live in captive they can live up to 50 years and in wild they estimate live around 40 to 45 years. However, there is no definite proof that shows how much is the lifespan of echidnas in wild.

Echidnas can get taller from 14 to 30 inches and they can weigh around 2.5 to around 10 kg whereas the spine of echidna can grow up to 5 cm. In appearance these animals are generally termed as short or long beaked but they don’t have the beaks, if you see it in a traditional way it is basically a fleshy nose that can either be short or long. They look spiny and body of echidna covered with barbless quills and hollow. 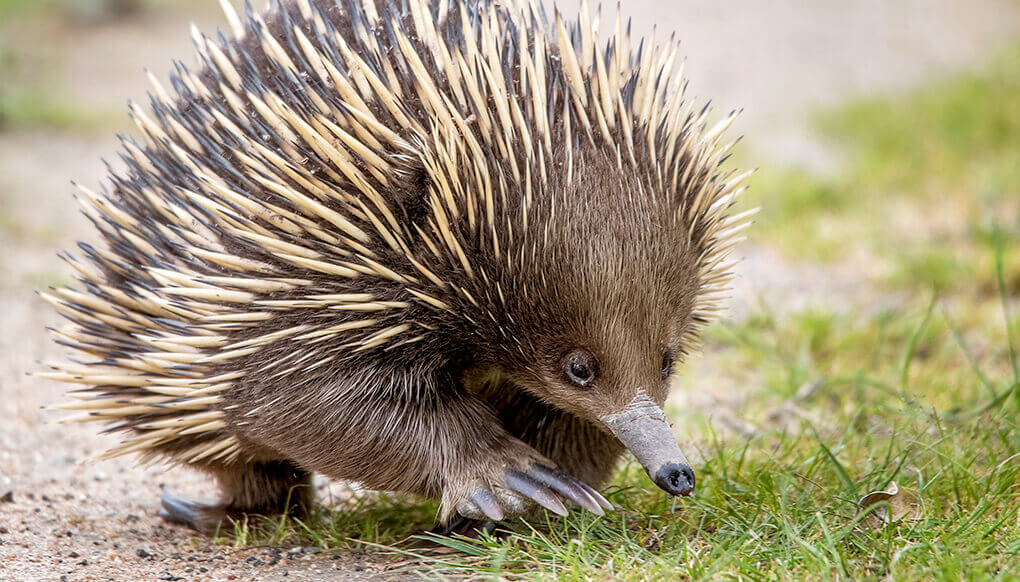 Echidna generally suffers from the health issues related to diet such as cystitis, gastritis, obesity, gut impaction and diarrhoea. Other than this, these animals can sometime passes through the road where there are chances that they hit by the vehicle that leads to severe injury or generally fractured beak which can only be detected through x-ray. However, if zoo authority gets the information of injured echidna they take care of them until they regain their best health condition.