Killer whales, also known as Orcas, are marine mammals. They hunt large marine animals, such as sea lions, fish, squids and sea birds. Orcas are considered to be highly social and their hunting techniques are quite sophisticated. They may be considered as species that are cosmopolitan in nature i.e. these killer whales can be found in every ocean of the world, as they can adapt to any marine environment.

Killer whales or Orcas are apex predators. Apex predators or alpha predators are predators that take the topmost position of the food chain. That means no other predator can prey on them. Their diet may include a variety of fishes, sea turtles, sea birds and cephalopods. Also, different killer whale species have specialized on certain prey species. For example, the types of Antarctic Killer whales with their specific prey include;

Killer whales are found in all the oceans of the world, but they prefer higher latitudes and also the coastal areas that come in the pelagic zone. According to a survey, the highest density of the killer whales is found near the northeast Atlantic, north Pacific and in the southern Ocean. Also, they are considered as quite common on the eastern Pacific and around the North Atlantic Ocean.

The social structure of the killer whale is quite complex and stable. They live with their mothers for their entire lives. Their family consists of an old female and her sons and daughters along with the descendants of her daughters. Since the life expectancy of a female killer whale is almost 90 years, up to almost 4 generations stay together. Individual killer whales usually separate from the group for only a few hours.

Social hierarchy exists amongst the killer whales where the females are dominant. 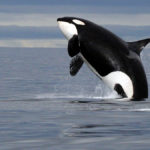 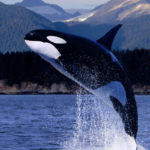 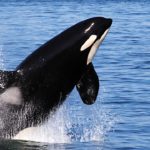 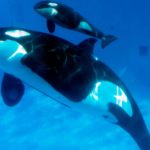 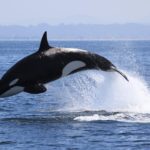 Killer wales don’t breed within the same pod and mate with females of different pods. The gestation period of a female killer whale is 15-18 months. Females give birth to only one calf once in every five years. Extreme care of the calf is required especially during the first seven months as during this period the death rate of a calf is very high. Male killer wales mature at the age of 15 years, but usually don’t reproduce until they are 21 years of age.

Killer whales have dark backs and white sides and chests. They have white eye patch with a big and heavy body. A full grown male killer whale is larger than a fully grown female killer whale. The average size of a female is 16-19 feet and that of a male is 19-22 feet.

Their body shape is round and cylindrical with tapering tail and head. The pictorial fins of the killer whale are large and rounded that resembles paddles. Also, the pectoral flippers of males are larger than that of females.

The health issues faced by killer whales include stomach ulcers, heart diseases, skin diseases and respiratory disorders. They may also suffer from viral or fungal infections.