Lion is a ferocious animal that belongs to the cat family. For centuries, they have been associated with courage, strength and pride. This large feline’s image is used in many national flags, coats of arms, and even crests to symbolize power or courage.

There are two main sub-species of lions that exist today, as categorized by the part of the world they live in. The first sub-species is the African lion that dwells in Southern and Central Africa. The other one is the Asiatic lion found in Gir forest, India. To many people, these two lion-subspecies resemble each other. However, upon close examination, you will discover that they exhibit noticeable differences in diet, habitat and size.

Lions prey on large animals, including wildebeest, Zebras, antelopes, buffalo, impala, giraffes and hippos. During food scarcity, they also kill rhinos and elephants and may snatch scavenged food from leopards, cheetahs and hyenas. They are also known to feed on small animals like tortoise, lizards and mice. Asiatic animals also eat sambhar, chital, nilgai and goats.

In the past, lions roamed the Middle East, northern India, Greece and throughout Africa. However, today they are only found in eastern and southern Africa, south Sahara desert and in Gir forest in India. In these places, they live in woodlands, dense bush, grasslands and savannas.

Asiatic lions always live in two separate prides – a male dominated pride and a female dominated pride; and they unite only during the mating season. African lions, on the other hand, live in pride consisting only females and their cubs, with one to three males depending on the size of the pride.

Members of a pride are usually very close and affectionate towards each other and can be seen licking and purring, head rubbing and touching each other a lot when they’re resting.

Although lions are social, they don’t show solidarity when it’s feeding time. They fight when a kill is brought by the lioness, and typically the male lion will eat first followed by the female lions and lastly the cubs. These big cats are very lazy and sleep and rest for 16 to 20 hours per day, only hunting during the remaining hours. Male lions don’t stay in one pride for the whole life, as they are usually challenged or killed by another male that takes over the pride usually after three years.

Humans have been the main predators of lions for years. They are killed in some African communities as a part of customs for their magical and medicinal abilities and also for trophies. Livestock predation has also been challenging to tackle.

Lions reproduce throughout the year. Their gestation period is about 110 days, and they produce three to four cubs with each pregnancy. In a typical pride, two or three female lions are always pregnant at the same time. The male lions that head the pride sire the cubs. 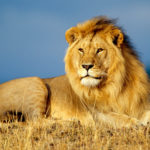 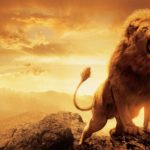 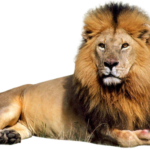 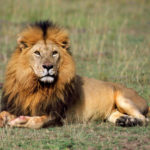 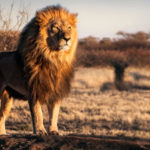 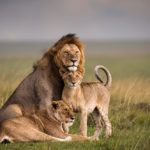 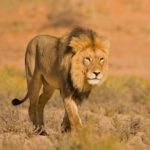 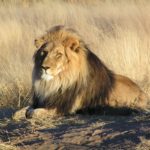 Although lions can go for four to five days without water, when there is water available they drink it daily. Lions living in arid area get water from the stomach contents of their prey.

Male lions are known to frequently groom their coats. African lions enjoy living in the grasslands since their tawny coloring makes it easy for them to blend.

Lions generally don’t shed their coating. However, to stay warm in cold season, their fur tends to grow longer and thins in warmer weather. Interestingly, a research on lions in Tsavo, Kenya found that the animals delay the growth of their mane deliberate (lion boldness). Most male lions in Pendjari National Park also don’t have manes or have weak manes. One hypothesis is that this could be a copying strategy.