The first thing that comes into anyone’s mind after hearing the name bloodhound is a massive hound dog. It is often considered as one of the old and pure breeds of scent hound. Records to prove that Belgium hunters used these dogs in hunting in the eight century are also available.

Many varieties of the hound dogs that are presently seen were originated from the Saint-Hubert Monastery, Belgium. Bloodhound dogs were distributed as gifts among royal families during 16th and 17th centuries.

Even in the 14th century writings also, descriptions of bloodhound can be found. These dogs are helping the mankind in tracking thieves and criminals from long back. Apart from the above, the following facts can be seen about the bloodhound.

Food requirements of this breed are a bit high when compared to other breeds. An adult male dog can eat up to six cups of dry food daily and it is better to divide food into two-three meals to avoid bloating. Change the food quantity based on its activity levels and keep an eye on its weight.

Care plays an important role in the personality development of this dog. They should have clean kennels with protected interior from harsh conditions like cold and rain. Take care of them properly or else they will pout and hide. Don’t make them feel that they are being mistreated.

They are gentle and lovable dogs. They happily welcome anyone to their surrounds. They love to get attention and love the company of humans. They try to chew everything they found interesting. They are gentle and intelligent. They are not much obedient but with proper training, you can easily get rid of their stubborn nature.

A bloodhound holds the record of helping police in tracking more than 600 criminals in its lifetime.Though they appear lazy, they need regular exercises. Half an hour walk in the morning and evening is more than enough to meet its daily exercise requirements.

The bloodhound female becomes reproductive at about 10 weeks. On breeding, the bitch has a gestation period of about 60 days. it gets about six puppies delivered. after birth, the puppies grow at a fast rate and therefore need constant feeding up to about six weeks then you can start scheduling their feeding.

The blood hound just like any other dog has to have its correct breeding time determined just like all other dogs by the behaviour of the bitch. When ready, the male (stud) is brought to mate or artificial insemination is conducted.

Its coat is loose with folds in most parts of its body.You can feel some hardness on touching. It comes in different colors ranging from Black & tan, liver & tan and red-Body type. Its skin is really smooth but its bones are strong. Its back is strong and the whole body seems to be muscular.Its bones are long and strong compared to its size.

The bloodhound lives for approximately 8 years. They can live up to 10 years under proper care. The owners should give much attention to its health and well being.

They are more prone to ear infections because of their large folded ears. To avoid bone related problems, it is better to include calcium in their diet and use padded bed. Excessive food intake can cause bloating in them. Hip dysplasia and cherry eye are commonly seen problems in this breed.

Clean the long, floppy ears periodically and bathe it when necessary. Cleaning the wrinkles daily will prevent bacterial and skin infections. Their body odor is a bit different and they shed occasionally. As the coat is loose, it is easy to comb.

The blood hound sheds two times a year and at this time, more care and grooming should be taken on the dog. Apart from this, they are seen to shed in a considerable amount all over the house including couches daily but minimal. 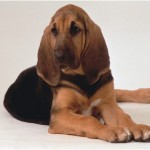 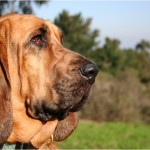 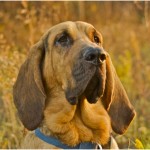 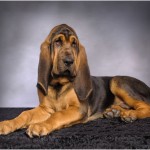 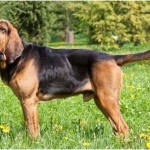 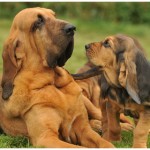 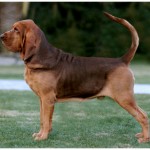 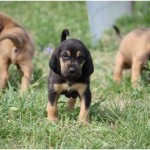 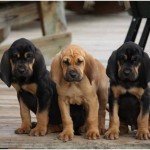 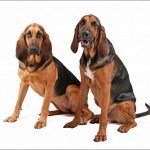