Black Widow Spider tops the list of venous spiders of America. Their bite can easily kill a kid as it is 15times more powerful than venom of rattle snake. Their venom can create serious problems like muscle aches, nausea and paralysis even in adults also. They are not that much aggressive and only bite humans as a self-defense measure. They are easily found in the South Eastern region of America and one must be careful while dealing with them.

According to researchers, these spiders are living in America from long back. Though there is no unanimous opinion in researchers also, most of them believe that they are more than ten thousand years old. Some researchers are in the opinion that the evolution process of these spiders dates back to millions ofyears. Though they are venomous, the number of deaths because of this spider bite is very less in USA. Other interesting facts can be seen below.

Black widow spiders mainly fed on insects. They puncture their prey and extract proteins and other vital nutrients that are needed to them.

This spider is mainly found in North America. Habitants of this region live with fear of this insect. Because of this, they are supposed to be know how to treat and deal with the bite.

They are not very aggressive. They use their bite in the rarest of the rare occasions. There is no need to take special care other than locking it in the jar with air and light ventilation. Make sure that it is fed properly.

They are not suitable as pets because of venomous nature. Though some people in USA lock them in glass jars and occasionally feed them, it is not a good practice as a small miscalculation will lead them to emergency room.Keep it in a secured jar and it always move along the walls of the jar to come out and that exercise is more than sufficient for it.

Black spiders usually lay 100-300 eggs and in some cases, female spiders will lay up to 400 eggs. Even though the percentage of successfully hatched eggs is high, more than thirty spiders won’t survive because of different reasons like lack of food, climatic conditions, cannibalism etc.

The black widow spider had a red unattractive bottom that warns predators that if they it, things will not go well. Mostly birds eat it and get agitated especially with a stomach ache. Another predator and the main one is the praying mantis.

Black female spiders can lay up to 500 eggs. Once they hatch, they live at their mothers for a little while. After this, they get their way to start fending for themselves.

Female spiders are longer measuring 1.5 in (38 mm) long when compared to male spiders which are 0.75 cm (< 0.25 in) long. The diameter of the female spider will be in the range of 0.25 inches and the abdominal area becomes double in size if it is carrying eggs. The outer coat of the mature spiders is black in color. White stripes can be observed in juvenile spiders and orange/yellow color dots can also be seen in them. Fangs and comb foot are distinct features of black widow spiders. The short hairs present on the last pair of legs exactly looks like comb and that’s the reason why they are also known as comb-footed spiders.

The female lives for about 3 years. The male die after mating by the female. They leave the female to keep on living and laying eggs.

Till now, researchersconcentrated on the uses of venom extracted from this spider. They are now keen on the observing the life style and activities of spiders and they are also in the process of finding out the diseases occur to them.

Female spiders look extremely beautiful with red colored hour glass structure on them. There is no need to specially groom them and it is highly impossible to change their look.

Shedding doesn’t apply to the black widow spider. They have a hard shell. This shell is quite distinct as compared to other spiders. 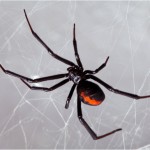 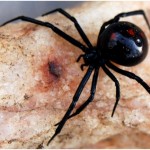 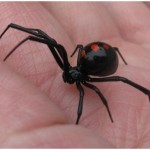 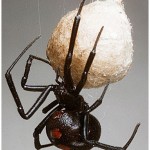 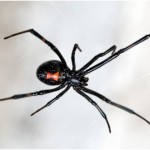 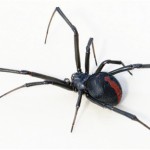