The Boykin spaniel is a medium-sized dog that was used for hunting in the swamps, he was good at hunting wild turkeys and ducks. It is currently the state dog of South Carolina and he has a special day on 1 September in South Carolina. There is a story that says the first Boykin spaniel was breed from a dog that followed a banker to the First Presbyterian Church and because the banker, Alexander L. White, found the dog lovely he took him home.

After a while the dog showed abilities for retrieving and Alexander sent the dog to his friend, Boykin raised to dog that became a beautiful turkey dog and is now known as being the Boykin spaniel. Today it is still used in hunting thanks to its effectiveness not only in duck and turkey hunting but also in tracking wounded deer and luring them.

His diet should consist of both vegetables and meat in order to preserve his hunting spirit. You can buy special food for dogs or you can make food at home for him so you know you give him the best he can get.

It is used with living around people but he can also survive in the woods as he is a hunting dog with great abilities for survival despite his size. It was first seen in South Carolina where his legend begin.

He is known for having a lot of energy that he must consume during the day. He is also very friendly and good with children and other dogs. Apart from that he is also very intelligent being able to adapt in many situations.

Those abilities and his great sense of smell made him the perfect dog for hunting. He has great speed and is very focused on his task making him a loyal dog. He also needs social interactions and a lot of affection as he loves to be in the center of the action.

His lifestyle consists of consuming energy each day. In the past he used to be ready for hunting at any moment and that was basically his lifestyle. Today due to the fact that he stays inside a home most of the time he tends to run around just to consume all the energy he developed as the race evolved.

They don’t grow that much after one year and their life span can vary from 10 to 16 years depending on his lifestyle and how well you are taking care of him.

There are no natural predators for him. He might be threatened by wild wolfs from the day he went hunting in the woods but otherwise he is fearless eager to protect his family being it dogs or humans.

It was first breed by the South Carolina’s citizens to create the perfect dog for hunting ducks and also be able to fit in their boats as they were travelling in the swamps. It was the ideal dog and did his job without a problem being a symbol of the country. They don’t have a certain time in which they breed.

The male dogs can reach 43 centimeters in length and weight over 18 kilograms while females can reach 41 centimeters and close to 16 kilograms. Their tail is usually docked after three days from the moment he is born. The coat has shades of brown that can vary and his eyes have a special touch, they have a deep look and their eye’s color can be from brilliant gold to dark amber.

As said before his life span is quite good for a dog. They can live from 9 years to 16, in their last years they tend to lose energy and they are not so uncontrollable as they were in their youth. They still remain a good family dog and very loyal to their owners.

Boykin Spaniel’s most encountered disease is hip dysplasia, there are 37% chance of them being born with it. Apart from this problem they are also sensible to coat’s disease and skin as well. They should be checked regularly by a veterinarian.

Their eyes are also sensible to diseases and patella luxation is often discovered at checks. They require special care when it comes to their health. It should not be neglected as those diseases mention before or even skin infections can end his life earlier than it should.

His coat is double-layered and you should take special care of it. You should bath him once a week but not too often as you can harm his skin that way. Use special shampoo and brush him more often. Also trim it whenever it is needed, cut his nails and clean their eyes and ears with special products and check for infections as they are common at the level of the ears or eyes.

Don’t forget to wash his teeth as this is also vital for its healthiness. If you are not sure you can go to a specialist in grooming to take care of your dog once a month but don’t ever forget to take care of his features.

He may look like it is hard to deal with his hair when shedding as people believe that big hair means hair everywhere in the house. This is false as the Boykin spaniel has moderate values of shedding and it is not a problem if you take care of him as losing too much hair might be a sign of a disease. 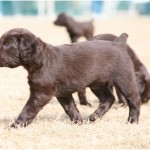 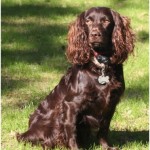 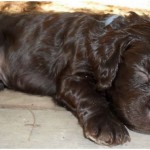 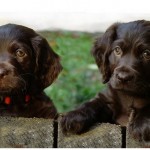 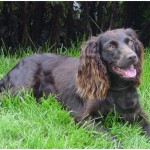 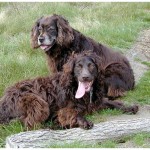 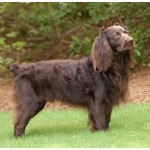 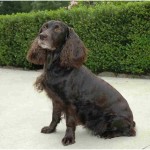