Cheetahs are the fastest land mammal in the world and they are considered as one of Africa’s most powerful predators for their great speed when chasing their prey. Unfortunately, the number of their population has significantly fallen due to human interruption in their natural habitat.

Cheetahs have non-retractable claws which dig into the ground, giving them a better grip at high speed. The exceptional speed of the cheetah is due to its strong and powerful hind legs and great flexible and muscular spine which makes them very agile. They have a unique black tear mark that protects them from being blinded by the sun. Cheetahs have a high set eyes in their small heads to help them survey the surrounding for prey. Their long tail helps maintain stability while running at a fast speed and changing direction swiftly. They have a long, lean body that is concealed in rough yellow hair which is spotted with black.

The diet of cheetahs depends on their locations. They prey on other animals in order to get the nutrition they need to survive. They are carnivores and they mainly hunt herbivores animals which include small mammals, gazelles and a large number of antelope species. The unique eyesight of the Cheetah helps mark its prey from a distant of 10 to 30 meters. With its amazing speed, it chases its prey till it kills it in a vast open space. Then it hides its prey in a place that other scavengers can’t find. The cheetah does not feed on its prey immediately due to the fact that it needs to cool down after a fast chase, so it hides its prey till it is time to finally feed on it.

For many years, humans have been hunting cheetahs for their fur, and settling down in the major parts of Africa, Asia and some parts of Europe where Cheetahs used to be found in large numbers. Humans encroached into their areas and have made them move to the remote areas of these regions where they used to dominate. Cheetahs are scattered across a number of continents. The highest inhabitants of untamed cheetahs is usually found in south-western Africa; Namibia to be precise, while the rest are scattered in small numbers in Iran and the Sub-Saharan Africa. In these regions across several continents, they are seen in vast open spaces, desserts, mountainous terrains and dense vegetation where they have adequate food supply to survive. Cheetahs are distinguished by their geographic locations and there are 5 different species of cheetahs available today. Their differences are seen by their minor color variations.

Cheetahs have some unique traits that cannot be seen in other carnivorous animals. They are shy and sneaky animals, and they hunt during the daytime unlike the larger predators, such as lions and hyenas which hunt at night. The cheetahs prefer hunting during the day in order to avoid the hunting competition from other animals. 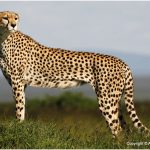 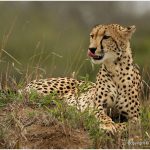 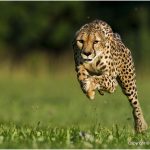 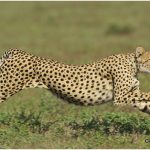 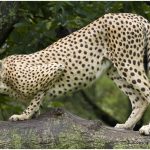 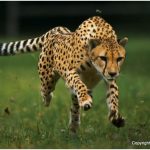 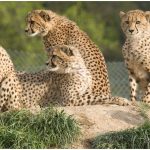 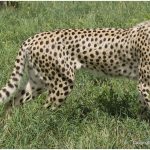 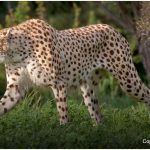 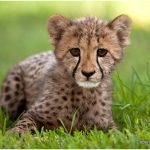 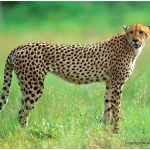 Cheetah cubs are vulnerable and are preyed on when their mothers are away hunting and unavailable to protect them from other wild animals, like the hyenas, lions, large eagles or vultures. An adult cheetah is seen as a competition by other large cheetahs but not a prey because it is a leading predator in its environment. There is a big competition for food amongst the cheetahs and other large animals, as it is small in number. Their biggest challenge is constantly having their habitats taken over by humans and compelling them to look for new habitats.

Female cheetahs give birth to 2-5 cubs at once after a 3-month gestation phase. These cubs are blind when born and stay very vulnerable. Majority of the cubs die because they are attacked by other large animals when their mothers leave them to hunt for food. This is one of the main reasons why the cheetah population is declining day by day. The other surviving cubs within their mothers’ care feed on their mothers’ milk in the early months after their birth. They follow their mothers during hunting so they can learn from them. They learn how to prey by watching their mothers and playing around with other cubs. They start hunting when they are 18 months to 2 years old. During this time, they become matured and leave their mothers to find their own territory. The lifespan of a cheetah is known to be between 10 and 12 years.