Gray wolf is one of the most well-known and well researched animals. Its scientific name is Canis lupus and is the largest wild member of the Canidae family. Though it is now found mostly in North America, China and India, grey wolf was once among the most widely spread animals. Wolves are like the “dogs of distance,” just a little wild and sometimes dwell near human settlements. This is why they are the most researched wild animals and many fables, myths and legends (like werewolves) have been spun around them. The Roman wolf-goddess Lupa and The Jungle Book by Rudyard Kipling are two particular cases in this regard. Gray wolves are very important in maintaining the ecosystem, as they keep the populations of herbivorous animals in check and benefit many other plants and animals.

It is well known that gray wolves are carnivorous. Primarily, they prey upon medium and small sized herbivorous animals. But wolves can eat and digest almost any kind of meat, dead or alive, small rats, snakes, rabbits to big bison and even wild bears. Their digestive system is very effective so they can consume more frequently and more amount of meat in a day. Gray wolves are antagonized, since they often eat the livestock at farmlands. They rarely attack humans and sometimes display cannibalism.

Gray wolves are very territorial wild animals. They build dens and choose their location depending upon food availability, human presence, climate, privacy, etc. Usually, a grey wolf’s den is not more than 500m (550yd) away from a water source. They can adapt to wide ranges of terrain and climate, from hot Saharan deserts to cold Polar Regions. Female wolves sometimes dig burrows with a couple of openings to keep their cubs safe. If grey wolves start to show up inside villages or towns then it’s an alarm sign that the herbivorous animals in the nearby forest are scarce.

Gray wolves are highly social as well as adaptable animals. They usually live in families of 3 to 20, but can also live alone. They are active both during the day as well as in night. Most grey wolves have a tribalistic social behavior; wolf-packs maintain strict hierarchies, with a dominant male at the top and his mate not far behind. Individuals form alliances in the pack to acquire or challenge ranks. Upon an encounter, two different packs will usually fight until one of them is destroyed. The much fabled “wolf howl” is used for a variety of communication. Howls and scent markings are used to mark a wolf-pack’s territories. Grey wolves use different strategies while hunting together in packs.

Gray Wolves are the largest wild members of the dog (canidae) family. They have a dense and soft fur, usually brown or grey in color. It can also be black, cream or white depending on the animal’s geographical location. Wolves wear an expressive look on a smooth face resembling dogs and have a long bushy tail. They grow up to a length of 120 to 200cm, and height of 70 to 80cm. The paw size is usually of 4”x5”. Wolves have a strong build; their weight can vary between 20 and 70 kg depending on where they live.

Gray wolves are strictly monogamous, they stay with only one mate all their lives. The age of breeding largely depends on the environmental factors, like availability of food, well managed wolf population, etc. Mating occurs in late winter season. After a gestation period of 9 weeks, female wolves deliver 3 to 8 pups, in spring or summer. At birth, the pups weigh about 450 g (15.8 oz). Pups are born blind and stay with their mothers till the age of 8-10 weeks. Grey wolves breed once every year and never stop breeding in their lives.

The pups are weaned after 8 weeks of birth. Wolves grow from a pup to an adult in 2-3 years, though pups join the pack for hunt at the age of 1 year. They leave their original pack after reaching sexual maturity to find mates, form their own packs and territories. About half of all wolves die before reaching adulthood.

Due to their strong builds and being on the top of food pyramid, grey wolves don’t have many predators. However, they have enmities with bears, hyenas, jackals and large cats like leopards, lynxes, jaguars. Enmity is mostly about snatching each other’s hunted kills, though eating the enemy’s young are also recorded. Tigers seem to be feared enemies of wolves and can be responsible for bringing their population to near local extinction. However, tigers rarely eat wolves or their young. The worst predators of wolves are only humans, who hunt them for their warm fur, animosity for preying on livestock or just for fun. Many wolf subspecies have been driven to extinction in this way in several parts of the world.

Grey wolves get several infections by bacteria, viruses and other parasites. Diseases can be transmitted to other wolves in far-flung areas, since wolves travel very long distances after leaving their parent pack. Wolves are primary hosts of rabies in many Asian countries. Viral diseases carried by them include rabies, canine distemper, canine parvovirus, canine coronavirus, etc. Some common bacterial diseases are leptospirosis, brucellosis, bovine tuberculosis anthrax and foot and mouth disease among others. Wolves also get several infections by ecto-parasites and endo-parasites, and can transmit diseases through livestock and dogs to humans. 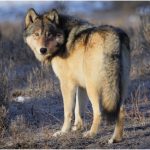 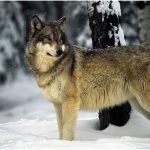 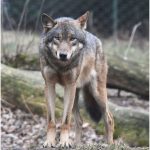 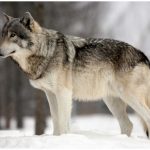 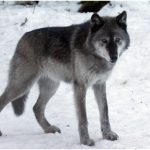 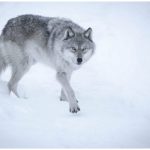 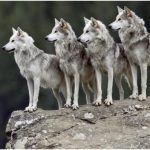 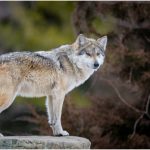 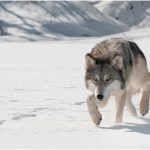 They are monogamous and they live in packs or nuclear families. Wolves bear large number of pups in relatively small litter compared to other canid species. They also practice alloparental care.

These animals start shedding their warm furs in summers. Shedding occurs in both female and male wolves due to increasing levels of prolactin hormone. Prolactin levels increase during longer days and decrease during the small days of winter.