This distinctive looking animal is beautiful and is known by the name of German Hound. It was originated in the North Western region of Germany, Westphalia. In fact they are kept as hunting dog too apart from keeping as family pets.

The Deutsche Bracke must be fed with the high quality food which must be formulated only for the medium sized dog breeds. As it is the hunting dog breed, the dog needs active formula, overfeeding can be harmful.

It is hunting breed but also a good family pet. This dog breed has affection with family. Apart from the requirement of love and affection, they also need continuous interaction with the humans. They are kind to the owner’s children and obedient one. This one requires early training and socialization. He makes an excellent guard dog along with the watch dog.

This good looking dog is known for its sturdy and elegant silhouette. Their head is large accompanied by the soulful eyes, narrow face and pendulous ears. The nose is quite interesting as it is used to identify the breed. It is dark along with the coloured pigment in its middle.

The chest is deep and is extended till the elbow. Overall the shape of the body is rectangular and has arc in its back. This dog has slim and long tail. Their size varies from 40 cm – 53 cm.  Their weight also lies in between 13Kg – 18 Kg. Their short coat is often having Bracken Markings. There is presence of white fur on legs, chest, neck, tip of tail and muzzle.

The average life span of a Deutsche Bracke is around 10 years- 12 years. 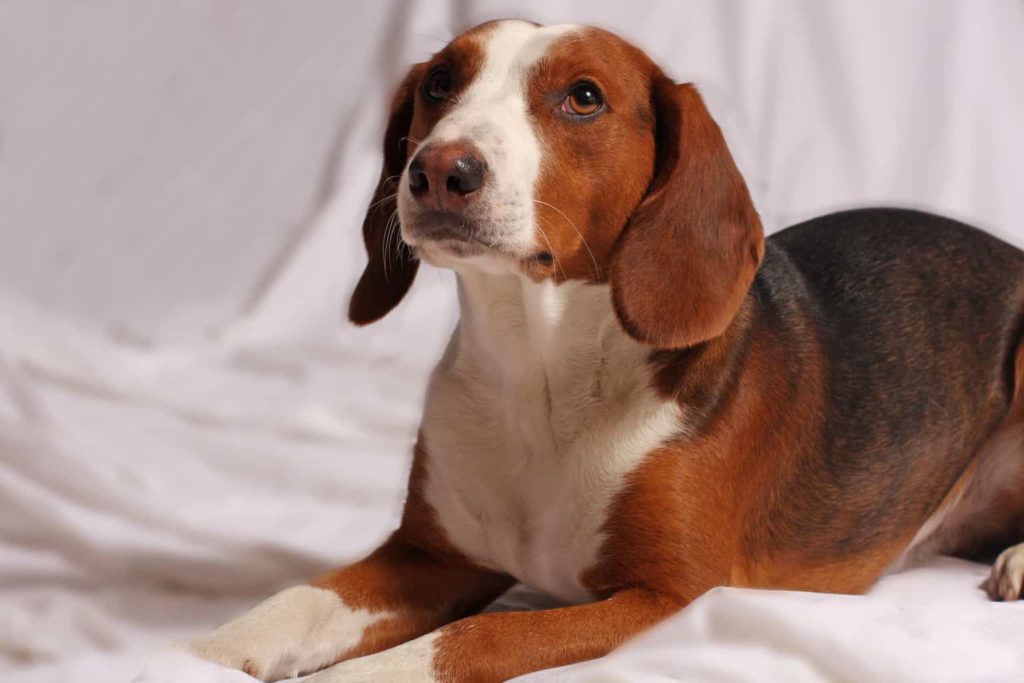 Out of many existed brackens in Germany, only one survived that is Westphalian Bracke. These were interbred with local breed Steinbracken, the resultant breed evolved was called as Deutsche Bracke since 1990s. In the year 1996 it has been recognized by United Kennel Club.

The coat of this dog breed does not need much maintenance. It usually requires simple brushing just to get rid of dead fur. They do not require bath very often to stay clean as their fur have the tendency of staying clean.

But the pendulous ears of these dog breed must be checked regularly for cleaning for avoiding infection in this area. The grooming habits of the Deutsche Brake include claw clipping and tooth brushing.

They shed very much in the whole year. But in the summer season, the shedding is more. In winter, the coat usually grows.

The Deutsche Brake flourishes when they are in the company of humans. In addition to this, they also flourish other hunting dogs. The nature is quite sweet and often tolerant to young children. These dogs must not be over looked as they require constant interaction in order to avoid any kind of anxieties and undesired behaviours.