The owners and breeders of Fila proclaim this breed as – “different than other dogs”. This breed is a national dog of Brazil and there exist a proverb “as faithful as Fila”. This versatile breed is proficient in hunting, herding, protecting, carting and tracking. To its family, it is gentle and affectionate but to strangers it is aloof and reserved.

Some dogs can also be aggressive towards them so never leave Fila alone with any strangers.  This breed is known for its protectiveness trait, it can stake its own in protection of its family and master. An active owner is suitable for this breed because it has an extensive exercise needs.

This breed was developed by Brazilian. They needed a courageous working dog that is versatile in every field mainly guarding, protecting the possession, and hunting big or small animals. The name Fila originated from Portuguese words ‘filar’ which mean to hold or secure.

This breed was even used in fields for herding livestock. This breed, Bloodhound, and mastiff share the similar bloodline. The entire mentioned breeds have common characteristics like fearlessness, tracking and herding quality, loose skin and remarkable guarding skills.

This breed has similar appearance as that of bloodhound and mastiff. It has a bulky body with wide head. Muzzle is also large with big upper lips. Nose is black in color and has two broad nostrils. Its coat hangs loosely on its body.

The ears hags like a pendant and is rounded V shape. Eyes are almond shape and dark in color. The tail is thick in starting and gets tapered at the tip. This dog contains gait as that of a camel. Overall the appearance of this breed is giant and bulky.

The Fila Brasileiro breed has a short yet dense hair. Hair is not soft to touch and is coarse in structure. You can also find less hair around its muzzle and nose. The coat is available in four colors – brindle, black, and yellow and red.

Stripes of two colors are common. You can also find white markings around its face and neck areas which is not undesirable.

They live 10 to 12 years if given proper health care and balanced diet.

This breed tends to suffer from elbow and hip dysplasia. Bloat, gastric torsion and progressive retinal atrophy are also common health issues seen in this breed. Apart from these health problems it can also inherit genetic disease so it is important to buy puppy after doing background checkup of its parents.

This breed sheds moderately except at the time of season change. Weekly brushing with a bristle comb should be done to keep its coat healthy and shiny. Because of floppy ears, it is important to clean its ear regularly and check if there’s in-built wax or infection.

Clean the ears with vet provided solution only. Brush its teeth daily to avoid any dental problems and it also keeps the bad breath at bay. Trim it nails if doesn’t wear off naturally.

They are not suited for urban lifestyle. They perform better in lawn and farms. Because of their size and energy requirement, they may feel suffocated at small house. This dog can withstand cold climate but warmth climate is more suitable to it. 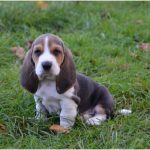 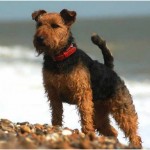 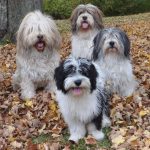