These dogs were mainly used to guide cattle through the terrain that are located in New South Wales. If the cattle used to go astray, then they used to bring them back by nipping them at their heels. These dogs were good stunt dogs and initially were used in shows throughout Australia during the 1940s.

The Australian Cattle Dog has a coating that comes in two colors. The colors are either brown or black that is distributed on their white fur. That is the reason they are also called as the blue heeler or red heeler. They are not very huge, but medium in size, which is why, they are easy to maintain.

The Australian Cattle Dog must be given food that is freshly prepared. If you own an Australian Cattle Dog, then you might want to avoid using preservatives while preparing their food. You can divide their food into two portions into 2 cups a day. Feeding the dog once a day, will only make them put on weight. It is better to give them food twice a day.

You will want to know that your Australian Cattle Dog would need food according to their size and age. Since these dogs are very active, they need highly energy filling foods. That doesn’t mean you will need to provide it with plenty of food. But, provide it with the right amounts of food.

The Australian Cattle Dogs are known to get health problems like poor eyesight sooner. They also become blind, which is why you must ensure that you provide them with fresh foods. Their life span is about 14 years. The Australian Cattle Dog also competes in many events and can be used as personal help. They weigh about 25 kilograms when in good health.

The Australian Cattle Dog main predator would be wolves and other wild animals. Since they help their owner graze cattle in their farmlands, the wild animals that enter into their fields or farmlands are usually chased by these dogs. They are very good watch dogs and with their keen sense of smell are able to keep intruders out of their owner’s farm.

They don’t like to be in a congested area for a long time. If you have decided to purchase an Australian Cattle Dog, then you might want to move into a large area of land. They are affectionate and playful with their owners. In the presence of strangers, they become little reserved. The Australian Cattle Dogs are very protective about their owners and can protect them without even being told.

Did you know that this Dog is the combination of Dalmatian, Bull Terrier, Smooth Haired Scotch Merle Collies, Blue Italian Grey hound, Australian Kelpie and the Rough Haired Scotch Collies? This makes the Australian Cattle Dog a unique breed of dog that is extremely hard working and possessive about its owner. 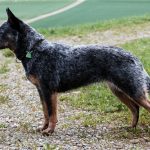 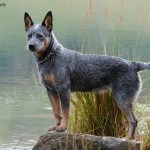 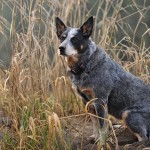 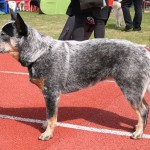 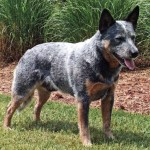 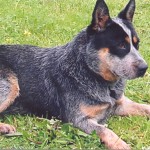 These Dogs are active dogs. They don’t like sitting idle in one place. They like to perform behaviors that are natural in dogs like chewing, barking, defending territory, digging, chasing, and nipping heels. Training is very important for the Australian Cattle Dog. When the dog has been properly trained, they respond to it well.