Appenzeller Mountain dog’s origin can be explained by two theories. One theory relates the nativity to the Bronze Age, while the other theory proposes that the species has come from the Molossus, which were brought by the Romans to Switzerland. At present the Appenzeller variety is one among the four Swiss Sennenhunds and is also the rarest of the total four types. The Appenzeller is basically a herd dog that is surefooted and tireless suiting admirably to the mountain environment.

The Appenzeller is also useful as a cart pulling dog and helps to get produce like milk and cheese from the valleys to the stores in the town. The dog is a busy creature and when it is not working together with herds, it keeps itself busy by guarding the property of its master enthusiastically. The name Sennunhund refers to the Senn herders living in the Swiss Alps. Appenzell is present in the northeastern part of Switzerland and is an alpine area.

Appenzells are huge mountain dogs measuring 18.5 to 23 inches wither-wise and with a weight of about 50 to 70 pounds. Similar to the other Sennenhund varieties the Appenzeller Sennunhund also has a tricolor coat, molosser build and heavy set body. The ears are triangle in shape and small, hanging down on the cheeks, set high in the face. Some of the faults in the appearance are kinked tail, a coat different from the tri color and a wall eye. The tricolor includes white, black and tan. Black is the major color with white blazes that are seen extending from above the dark eyes down to the nose and the chest. The jowls, eyebrows and legs are tan in hue.

The Appenzeller is basically a working dog, strong, powerful and reliable but not very huge. The coat is double and does not need much maintenance. Brushing now and then to reduce the shedding and dead hair is enough.

The Appenzelerl dog does not have any particular breed related health defects. But as the dog spends most of its waking time moving outdoors, veterinary care is essential. A proper diet along with exercise is important to keep it healthy. Real food like beef, chicken, bison, fish and lamb can be given to the Appenzeller. Eggs and yoghurt can be given occasionally. Meat flesh as well as bones and organ meat should be given to the dogs. Dog food available in the stores can also be given.

The breed is believed to be formed by cross breeding local dogs and the Mastiff breeds that were introduced to Switzerland by the Romans. From the cross breeding of the two, four Appebzeller varieties have been obtained and the Appenzell sheepdog is one of the four breeds that has been brought up in the valley of the Appenzell Canton. The breed is at present being promoted as a rare species in North America.

Appenzeller dogs are known for their distrust of strangers. They are protective and guard dedicatedly both the home as well as the yard. It is safe to introduce the dog early on to socialize with the other dogs, people and animals in the surrounding. Only when the dog is well adjusted to the environment will it grow up to become a reliable herd dog.

Appenzellers do not need much grooming. Brushing the dog once in a week to get rid of the dead and loose hair is sufficient. The dog has a double coat with the outer coat being thick, short and shining. The dogs usually live up to 15 years of age but not more than that.

As these dogs are herd dogs they chase small animals in the farm and even children, cars, machinery or joggers causing nuisance to the master and the people in the surroundings. They need to get sufficient exercise or they will become restless and agitated. They need regular running exercise, obedience classes as well as agility. They have a friendly manner towards people they are familiar with and are wonderful herd animals to own.

The Appenzeller Mountain dog was given individual identity as breed in the year 1989. It is the oldest variety of the dog and is seen as a family dog. It should be given sufficient space to work of its energy. In the Swiss Alps the dog is mainly used as a herd animal.

The Appenzeller mountain dog will not survive in an apartment surrounding. They love outdoors and should generally be kept in a farm, where there are vast spaces for the dog to roam freely about. Those dogs that do not live in wide areas need huge amount of daily exercise as well as attention toward their mental needs. They bark furiously and may cause disturbance to neighbors. But the bark intensity can be lessened, if they give the dog proper leadership and regular exercise sessions. 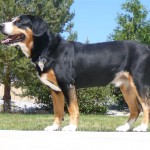 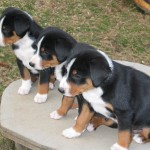 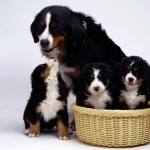 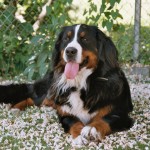 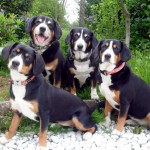 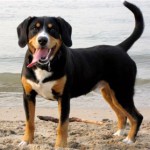 The Appenzeller dogs are active dogs that need to be socialized at an early age with the people, dogs and other animals in the vicinity. Regular training and activity should be given. When trained appropriately they form a close link with their masters and are usually attention seekers. They are energetic, lively, athletic and highly suspicious of strangers.

The dog is loyal to the family and gets along well with other pets, if socialized at an early age. Responds well to obedience training and picks up instructions quickly. The dogs love outdoor surrounding and need wide open spaces to work off their exuberant energy. Agility exercises and catch games are appropriate for this breed. Lack of appropriate exercise can lead to behavioral problems like incessant barking, not heeding orders and highly strung behavior. These are good watch dogs and should be given sufficient work to keep them active all day long.