This breed began to die out at the end of the 19th century. These farm dogs became extinct as they were not needed for work any longer by their owners. In 1843, H.Vann Meyer acknowledged a dog type by the name of Canis Palustris. This particular term meant the dog of the marshes. Thereby, in the 20th century, Emil Hauck used these details provided by H.Vann Meyer and wanted to restore this extinct dog category. Emil began serious breeding from 1921 and separated this kind from the other pinschers in the area.

Their beautiful coats are very easy to maintain. This is because of their short hair which only requires an occasional brush. Austrian Pinschers like to keep themselves clean at all times. Therefore, they don’t need to be bathed or shampooed frequently.

This breed likes to be outdoors where there is plenty of space for them to run around and expend all that energy they have inside them. Austrian Pinschers love running and can race around for hours if they are allowed to do so. They are not the ideal choice for people who live in apartments or for people living in an urban setup.

The physical exercise Austrian Pinschers need every day is paired to the mental stimulation. This helps them stay happy and healthy. This also shows that they are the great choice of pets for people who love outdoors and who have large gardens for their beloved pooches to run around.

However, garden fences and gates need to be secure to keep the dogs safe and sound. If not then they will start hunting the small animals around which they instinctively love to do.

This breed is renowned for being highly intelligent, eager to please, attentive and receptive. Austrian Pinschers are easy to train and they learn new commands in a very little amount of time. They excel in obedience classes and thoroughly enjoy learning new things, especially interactive games. The great thing about this breed is that they are able to focus well when they are being trained and are not distracted by things that may be going on around them. This makes it easier to teach this dog breed a new command.

The appearance of this breed can vary a lot. However, there is a definite breed standard. In general, the Austrian Pinscher is a normal proportioned strong and powerful dog with a height of 33 – 48 cm (13 – 19 inches). The breed has a head shaped like a pear and has button ears. The double coat is short to medium in length, with a variety of yellow, red or black and tan colors; usually with white markings on the face, chest, feet and tip of the tail. The long tail of Austrian Pinschers is held high. This is because this breed is very lively and alert. They are bulkier and stronger than the German Pinscher.

The average life expectancy of Austrian Pinscher is about 12-14 years. Their lifespan can be stretched even longer if they are kept with a lot of care.

Talented Dogs When it Comes to Pest Control

Austrian Pinscher can trained to keep rats and mice out of a huge property. They are skilled when it comes to getting rid of the pests. Austrian Pinschers know about these vermin hideaways and will dig up a burrow until they catch their prey. They impulsively love to do this for their farm masters. 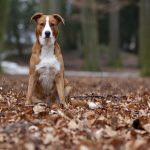 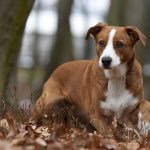 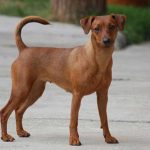 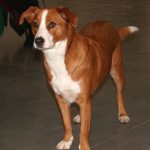 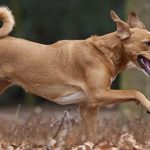 Austrian Pinschers feel cheerful to be with people well-known to them and will act as a good security dog around them. They take their guarding duty very seriously. They are very energetic and thus love an active lifestyle. They are also very amenable to training, which should be started at an early age. Positive and extensive socialization from a young age is essential to instill good behaviors in this breed.

In the 18th century, the primary purpose of an Austrian Pinscher was to perform the duties of a farm dog. Their work included taking care of the livestock and protecting the properties of their owners. Since they were required to do their tasks covering huge farm areas, they developed a temperament for avid mental and physical exercises. It was to an extent that these dogs were irritated when not exposed to healthy exercises on a daily basis. Similarly, as these dogs were strong in terms of their physical and mental capacities, they also loved to do sports and were willing to get involve with their respective owners.

Austrain Pinschers can be called as courageous and attentive watch dogs. As mentioned earlier, they have strong mental capacities which make them even more vigilant towards suspicious sounds. They were initially reared in farmhouses; thereby, they’re loud and have uncontrolled barks that may seem not ideal to a metropolitan owner. These watchful dogs take their duty very seriously, making them antisocial towards their fellow dogs

With a higher potential to guard and take care of their owners’ surroundings, Austrian Pinschers cannot be handled by a gentle or an inactive owner. In order to fully utilize the breed’s potential, the owners have to recognize their canine instincts and their need for an alpha leader.

To conclude, Austrian Pinschers are beautiful dogs that have loads of intelligence. They are loyal and form a strong bonds with the people they love. The breed is also renowned for being great guard dogs and will protect their area passionately; making sure the owners will know if strangers are around the house. They are a joy to share a house with and make fantastic lifelong companions.