Tamaskan Dog breed was particularly developed to have a dog of wolf like appearance.  The dog is a jack of all trade. It is versatile in many fields like agility, obedience, pulling carts/ sleds, search and rescue mission and dog’s sports. The dog looks like a wolf but behaves like a dog. It craves for constant companionship of human and goes into depression if left alone.

It is a highly social dog because of which it doesn’t make good watchdog. It gets excited when it sees new human face and greets that individual with kisses and hugs. Around children they are patient like a saint. They adore children and cheerful and playful with them.

The most bizarre fact about this breed is that even though it looks like wolf it has no wolf ancestry. It was developed by cross mating varieties of sled dogs and wolf dog.

Their name has been taken from Native American language “Tamaskan” which means mighty wolf. Today approximately 400 Tamaskans are registered every year. It is quite a rare breed but is highly prized for its ability to assist humans in myriads of tasks.

The dog belongs to Finland. Dogs of husky origin were imported from America in 1980s. Breeders wanted a dog that looks like wolf but has temperament of dog. In order to achieve this objective, they cross mated huskies type dogs with Siberian husky, Alaskan malamute and German shepherd.

To improve the dog’s appearance several wolf dogs were also included in the breeding program. As the gene pool extended breeders started mating Tamaskan to Tamaskan in order to create a new breed of dog. This breed’s popularity is increasing in European countries and steps are being taken to safeguard the breed.

It is a large working dog with athletic body shape. The dog looks like a grey wolf. It is larger than Siberian husky but smaller than malamute. Its skull is wedged shape and muzzle is pointed. Its eyes should be almond shape and amber/brown color.

Light color eyes are rare and unacceptable. Tail should be thick, bushy but shouldn’t have feather like hair. Tail should be carried low and should not get curved. Its ears are erect and triangular in shape.

They have a thick and straight coat. The topcoat should be coarse and it should form a mane around its neck. During winter the dog grows profuse undercoat which gives it protection from extreme cold climates. They come in black, grey and red color.

As it is a highly energetic and working class dog breed, it needs food that is rich in calories and proteins. You need to feed this dog barf diet. Barf is an acronym of biological appropriate raw food.

You can give raw ham and egg to this dog. Deer meet provides a good supplement of minerals and vitamins to this dog. You should keep in mind that dogs are carnivorous animals and they love bones and meat. You can also give them fresh chicken and grains to eat. This breed loves fruits, cottage cheese and boiled eggs.

It is not a hypoallergenic breed. The dog is a healthy and hearty breed. It doesn’t suffer from any notable health issues. Common health problems related to dogs are – hip dysplasia, epilepsy, bloat, liver failure, degenerative myelopathy etc.

Grooming needs of the dog is low as it is a naturally clean dog. The dog sheds moderately. Every alternate day brushing followed by combing is essential to keep the coat dirt and mat free.

It does not contain dog’s odor, so bath only when required. When the nails start hitting the floor, it is time to trim its nails. Check it ears and clean the wax formed with the help solution given by vet. Brushing its teeth is mandatory so that it doesn’t develop dental issues. 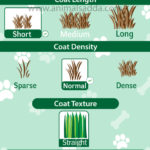 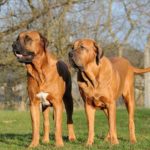 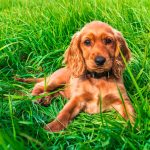 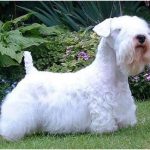