Males have broader head of dark red color and females have narrower head of orange or light red color. If you’ll look at caiman lizard you will remember caiman crocodile because scaling on its body is similar to that creature. Caiman crocodile is also a native to South America and Central America.

There’s no brownie point to guess both caiman lizard and caiman crocodile are related. Just like crocodile, this lizard is also leads a semi-aquatic life. The caiman lizard is equipped for life on land, water and trees.

This lizard is one of the largest lizard specie on earth. Before 1970, the caiman lizard was under threat of extinction but protection provided to them has caused the specie to revive and increase in number. Human beings generally kill the lizard for its beautiful skin. 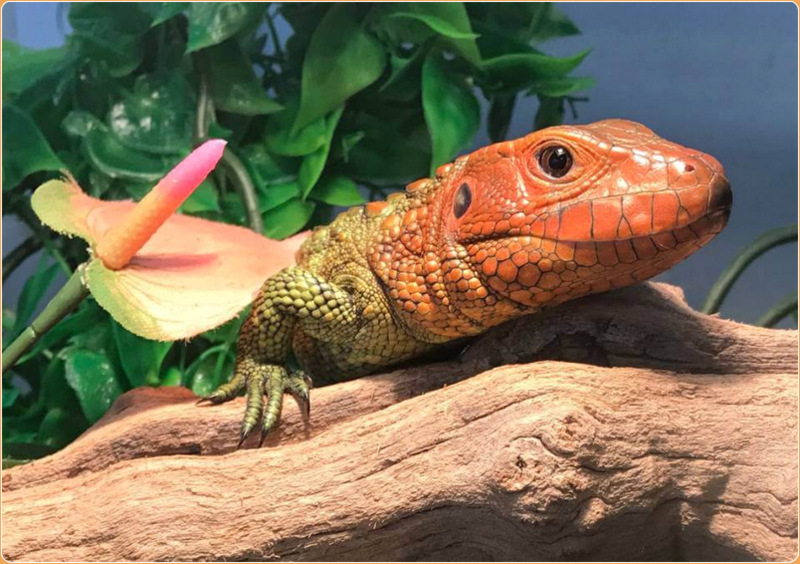 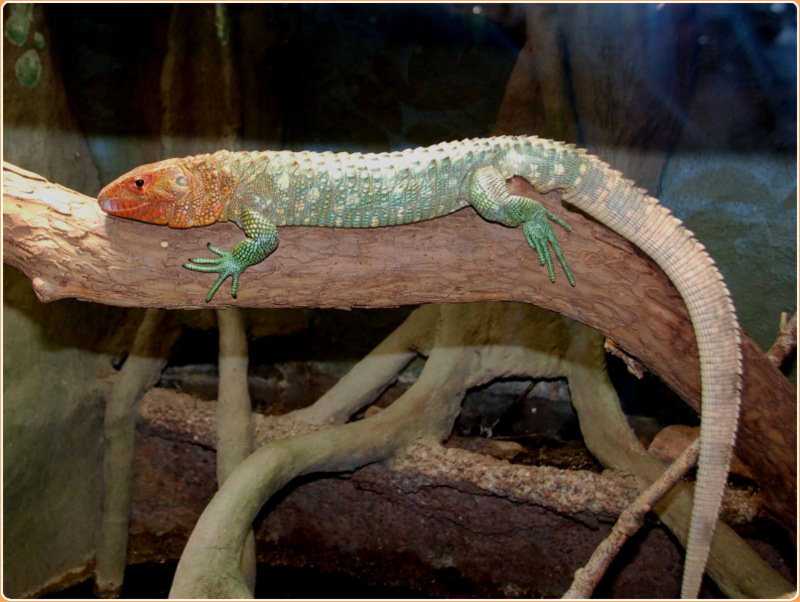 The caiman lizard has an interesting anatomy that allows it to live on land as well water. The coloration of the lizard is fascinating. It has olive to green color body with red head. The males tend to have darker red than females. The head of the male is also broader than female.

Both the sexes have powerful and whip like tail (laterally flattened) that aids the animals to detect odor in the environment, to use against enemy and to swim. It has scaling on its tail which is of yellow color. The lizard has movable eyelid. It also has third eyelid that helps it to see clearly in the water.

The size of the lizard is two to four feet and it weighs around three to six pounds. The caiman lizards are one of the largest lizards of Latin America.

The caiman lizard is native to Amazon Basin. It can be found in, Colombia, Peru, Ecuador, Brazil, and the Guiana. The lizards prefer to live in swampy forests and area adjacent to water.

During the daytime, they relax on the leaves lying above the water and during night they hide themselves in the bushes and trees. These lizards thrive in warm climate.

The caiman lizards are lazy animals. They move only when it becomes necessary. These lizards have quick reflexes. When they get attacked by predators they use their powerful jaw and tail in their defense.

This lizard has a poisonous tail enough to kill an enemy. In the wild, they prefer to live in solitary while in captive they live happily with turtles and other fishes. Unlike other lizards, the caiman lizards are not necessarily aggressive. 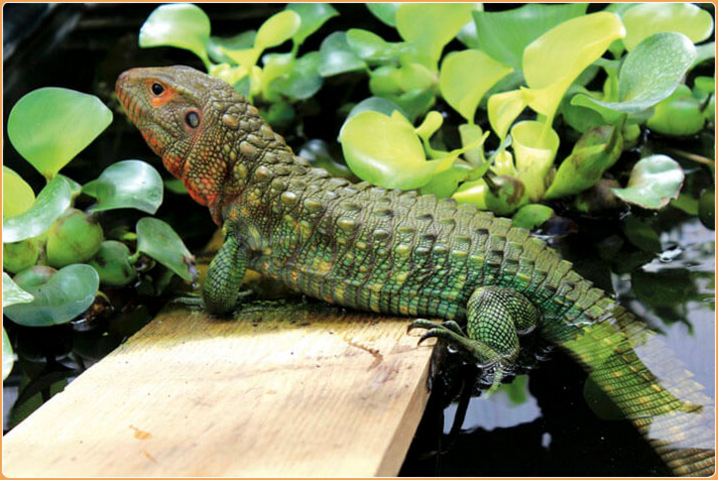 You need to take care of their lifestyle even in cage. You need to provide similar temperature and a suitable place to dig and burrow. Moreover there should be dry place in the pool or tank where the lizard can bask. Unlike other lizards, the caiman lizard recognizes their owner.

They are intelligent than others. In the captivity they love to interact with different water species. This lizard is domesticated by owners who find reptiles and lizards exotic. It can be fascinating pet for devoted individuals.

How To Pet Caiman Lizards

The caiman lizards are carnivorous animal. They have limited diet in the forest. They eat snails, clams and crawfish. Baby lizard eats insects and crickets. The lizards also eat amazon turtle. They can also feed on fruits (apples), ground turkey and hard boiled eggs.

Animals that hunt and eat this lizard are jaguar, large snakes and humans.

With proper care, this lizard can live about 10 years of age or even more. In the wild their lifespan is unpredictable because of presence of predators.

Not much is known about this lizard’s reproduction cycle and manner. But latest studies have proved that its fashion of mating is similar to other lizards. The caiman lizard is known to be oviparous specie.

After mating with the male, the lizard dig hole in the waterbed where it lays egg. After laying the eggs, it covers it with available debris to protect eggs from predators.

The baby lizards are completely independent from birth and they are not given any parental nurturing and care. The caiman lizards lay around 8 to 10 eggs and it takes around 5-6 months to hatch. 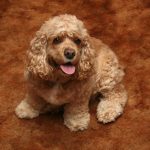 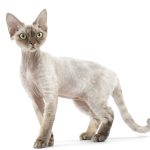