Tigers belong to the family of cats and are on the top of the ecosystem. Bengal tigers are one of the most numerous subspecies of tigers, the Royal Bengal Tiger being the national animal of both India and Bangladesh. But due to constant hunting and shrinking forest areas, their number has dwindled down to less than 2200.

It is believed that tigers arrived in Sri Lanka during the pluvial period when sea levels were depressed around 20,000 years ago. The oldest fossil discovered is dated to around 16,500 YBP.

Their roar can be heard up to 2 miles, making them one of the loudest creatures.

The tigers are carnivores in nature. They hunt during nights and their prey consists of large ungulates such as sambar, chital, gaur and to less extent barasingha, water buffalo, and nilgai. They rarely attack elephants and rhinoceros. They are not man-eaters in general, but the absence of prey or unnecessary threats have made them dangerous.

They are a species who are solitary and territorial in nature. The basic social unit consists of mother and the cub. The male tigers play no role in upbringing of the cub. The newborn cub is dependent upon the female tiger for milk and protection for untill 18 months. At around three years of age, the tigers leave their mother territory. The female tiger stay near to the mother tiger territory while males are known to go far away.

Bengal tigers are natural predators. They are usually solitary in nature. They scent mark their territories against all the other predators. The tigers may share their territory depending upon the prey density and season. An adult male territory overlaps with the several female tiger’s territory to facilitate their mating habits. The female territories are more focused on the resource availability and hence are smaller.

The tigers are nocturnal by nature. They are powerful hunters and are primarily known to hunt for prey as a daily activity. In most of the cases, they approach their prey from side or behind and attack their neck. They either sever the spinal cord or pounce with a suffocating blow to kill them. They can consume 18-40 Kg of meat depending upon the prey they have hunted.

Bengal Tigers weigh between 0.8 – 1.6 kg after birth. Their gestation lasts for 3 and half months and for 8 weeks, these tigers remain concealed in the den provided by their mothers. They gradually get to eat solid foods after 8 weeks. The cub is allowed to venture out of the den when it reaches two months and will be trained in the skills of hunting which is carried out with strict observation.

After 18 months, they will be free to hunt themselves and at the age of 2 – 3 years, they will become fully independent of parental control and form their territory. However, females tend to stay closer to their mother and attain sexual maturity at the age of 4 years.

Predators of Bengal Tigers include other carnivores like lions and leopards etc. Humans and environmental destruction are other known predators.

There are several conditions required of a breeder before breeding Bengal Tigers. They are:

After these terms are met, ensure you provide a habitat with proper cages (metal cages) for protective reasons and practice safety measures to prevent personal attack. Also, enough space should be provided for the Bengal Tiger within the cage to facilitate comfort. Furthermore, ensure you accustom the animal to crate training. Crate training involves familiarizing your animals to a confined cage whenever cleaning is being conducted on its main cage.

These tigers should be daily introduced into these cages. Also, provide a place for them to swim and they should be fed approximately 20 pounds of meat daily. For your safety, it is important to limit cage interaction with your tigers unless you have proper training in that field. Bengal Tigers may get extremely aggressive when they are being subjected to cage interaction from their keeper.

The majestic tiger has reddish gold fur with black stripes. Nature has provided it with round skull with powerful jaws. Their tail is around one meter long. They have a small collarbone to help them with speed. The inside of their legs and belly is white. The white tigers whose coat is white in color is also the mutant product of the Bengal tigers. Some other mutants like black and blue tigers have also been reported.

The adult beaver can weigh from 100-300 Kg. Its size can vary from 8 to 10 feet for males and 8 to 9 feet for females. Their coat color can vary from yellow to orange with dark brown to black stripes. Their tails have black rings. No two tigers have same coat. Tigers have largest canines. They have padded feet which enable them to stalk their prey silently. Their hind legs are longer than their front legs enabling them to jump up to 10 meters. They also have retractable claws that are around 10 cm in length which help them grasp and hold the prey. These claws also make it impossible to climb trees.

In the wild form, Bengal Tigers live for between 15 – 20 years but they live longer in captivity. In captivity they can live up to 26 years due to lack of poaching and diseases.

Bengal Tigers in captivity and in the wild are affected by series of diseases which end up claiming their lives if left untreated. These diseases are described below:

Rabies is a virus transmitted by animals through bites from infected animals. Infected animals are usually aggressive in nature and the incubation period of this illness lasts for some weeks. Once a Bengal tiger gets bitten by an infected animal, the virus is transported through the blood stream to the spinal cord and the nervous system where neurological damage occurs. Restlessness, aggressiveness and nervous damage are symptoms of rabies and adequate medical attention is necessary. To prevent rabies, vaccination should be conducted and infected animals should be isolated.

This disease affects the immune system of Bengal Tigers. It is however curable unlike HIV/AIDS in humans. It makes the tiger susceptible to other diseases that should have been curable. It spreads through bites and the virus spreads rapidly around the body. Isolaation and treatment should be conducted by the breeder.

Other Diseases Peculiar To Bengal Tigers Are

Grooming is an important part of the tiger’s day as is for any feline. They use their tongue to groom and oil their coats. This grooming technique also helps to remove loose hairs and dirt from their fur. This keeps their coat in good condition.

Bengal Tigers shed their skins once or twice a year. 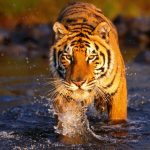 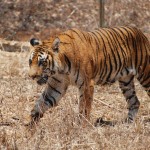 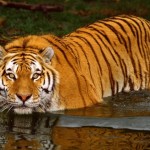 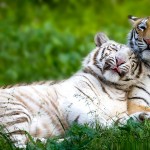 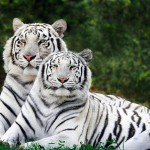 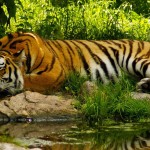 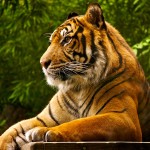 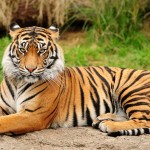