Beetles belong to the order of Cleoptera biologically. Cleoptera means having a shield of the wings, which is the trait beetles also exhibit. They have two pairs of wings – the soft ones that are used for flight and the hard ones which are used for protection. There is a huge diversity in the types of beetle found throughout the world. They almost constitute 40% of the insect population of the earth. The oldest beetle has been dated back to around 290 million years. It was there even before the supercontinent of Pangaea was broken which means they are as old as dinosaurs or probably older.

While all the other sense of beetles are quite weak, beetles can see ultraviolet light making their sense of seeing quite different from ours.

There are many kinds of beetles present in nature. Some can feed on dung, some on fungi. The beetles are also known to feed on plants. Some of them also feed on other invertebrate insects. The feeding habits are more dependent on the kind of beetles.

They are quite territorial and dominating in nature. They fiercely protect their own small territory from any kind of intrusion. The female beetles can lay up to thousands of eggs and they take care that these eggs are laid near to a food source.

Like any other insect and animals, most of the beetles are territorial in nature. A male beetle can fight tooth and nail with other beetles to protect its territory. They do not have good sight, hence, the most of their communication is done through pheromones.

Beetles are quite active insects, but they are most active during their mating period. They behave differently before mating, like vibrating and transmitting that to whatever object they are on. Sometimes, their mating ritual is also marked with conflict and only one of them is left living after they mate.

Beetles undergo four stages in their lifecycle which include: egg stage, larva stage, pupa stage and adult stage. The females lay a good number of eggs on rotten wood or leaf but it is also important to know that some beetles keep their eggs in their system and give birth to larvae. The egg hatches between 4 – 19 days. Secondly at the larva stage, these beetles eat a lot and shed their exoskeletons continuously. The pupa stage occurs during the winter period and lasts for over 9 months. Finally, the adult beetle emerges and mate. If the beetle is female, it will lay eggs and begin a new generation.

Toads and frogs are known predators of beetles.

The first step to take in breeding beetles is to ensure that their larvae and adults are kept in the right environment. This means, proper temperature, space, humidity and food are provided for them. Breeding commences as soon as you place a female and a male beetle in the right environment. Beetles are not parthenogenic. This means that a male beetle desperately needs a female to reproduce and they can be distinguished through several methods. However, it is easier to distinguish between males and females in adult beetles.

Some species of beetles are dimorphic and their males have big antlers that are used specifically for fighting. Females have no or small antlers and they have specific adaptations for burying their eggs. If you own a terrarium in good environmental conditions, it will help the beetles deposit their eggs properly for hatching. Ensure that you remove the larvae as soon as the eggs hatch because grubs will eat the eggs when they find it difficult to get food. That is the best way to breed beetles.

Beetles are like all insects, they have a head, thorax, and abdomen, and six legs. Their bodies tend to be very solid and tough. They have two pair of wings with outer wings being very hard as compared to the second wing. Since there are many types of beetles in nature, it is difficult to define their size within range. Their size and weight is dependent upon the kind of species. There are microscopic beetles present in nature. There also are beetles which can measure around 20 cm.

Their color can vary a lot as well. Most of the time, the beetles are black in color. But there are beetles with bright colors as well. Bright green and bright red beetles make a kind of exotic pets. The body type of beetles varies as they age. They start as larvae and then move on to pupae and finally to the beetle. Apart from this, they have six legs and mandibles to catch their prey. They also have antennas on their head, which help them to serve as an extended limb.

Surprisingly, beetles are hardly affected by diseases and this is a major plus for breeders. However, beetle larvae are affected by some diseases and parasites. Examples include black spot disease and this disease can be transferred from parents to offsprings. These diseases can be controlled by keeping beetles in temperatures below 20 degrees Celsius. Affected beetles usually have blackish/brownish spots on their bodies. They should be isolated and treated.

Mutual body grooming exists between beetles. Individual beetles aid this process by being immobile and they do not change postures unnecessarily in order to facilitate the grooming exercise. 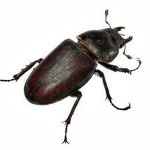 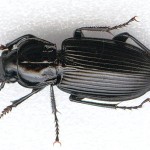 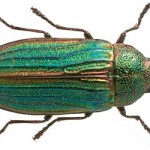 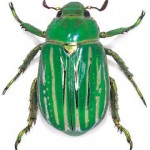 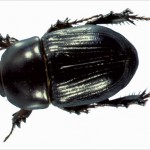