The Bumble Bee is known as a most common type of bee. It has 250 different species and are found around the world. Even though it is found world wide it is mainly indigenous to the Northern Hemisphere. It can breed more successfully in higher temperate climates.

Bumble Bee has a sting on its tail. Bumble Bee uses it for the protection purpose. Only female bumble bees can sting and male bees cannot. Bumble bees play an important role in the Eco-systems. They are one of the toughest bees and are found in extreme cold places where no other kind of bees can be seen. They also favor higher altitudes.

They are one of the oldest bees to have recorded. They are normally found in temperate climates and are often located at higher altitudes. They are very much sustainable in cold climates where no other kind of bees can sustain. Their higher altitudes are probably the most crucial reason of their lower population as very few flower plants are available in the higher altitude places.

They mostly reside on pollen and nectar that is found in flowers. Their tongues are long and lap the food. Pollen is deliberately taken from the flower to eat. Whenever they enter flower body, bees dust of the pollen from the anther.

Once the pollen is removed it is consumed by the queen. Since Bumble bees are herbivorous insects nectar is their primary feeding. If nectar is not available bumble bees also it pollen and honey. They have the longer tongues so it’s easier for them to collect honey from flowers and nectar.

They usually visit flowers that exhibit any kind of bee syndrome. They can travel for 1 to 2 kms from their residing colony for food. They have very good memory and usually tend to visit same flower until all the pollen and nectar of flower is not finished. Bumblebees are very aggressive if compared to other bees. They have the ability to sting and can give its owner a painful bite. They are very hard working and dedicated in their work.

They are very active in nature and are very hard working. Male bees will roam around for the whole day whereas the female and new born reside in shelter. Queen bee has the duty to produce all the honey. There queens are leaders of their colonies who lay eggs.

There colonies can only last in summer. They form honey by using nectar. Bumble bees do not use dance for the communication purpose like the honeybees do. They one of those rare insects who are able manage their body temperature.

They can survive in both, northern altitudes and alpine altitudes. They are large in size. They are equipped with heat protecting coat of hairs which helps them to stay warm. Bumble bees are sensitive to disturbance in the habitat. Bumble bees have a long tongue. They don’t have ears so they use of vibrations for the communication purpose.

Life cycle of Bumble bees begins in spring when the queen bee comes out of hibernation. After coming out she searches for a perfect place to build a comb. After building a comb from pollen and wax which is secreted out from the queens body. In the comb queen bee lays the eggs from which baby bees are born.

Bumble bees are herbivores in nature but there are many predators from which they have to protect themselves. These predators are frogs, birds and few other animals.

Breeding of Bumble bees is very much connected with the queen Bumble bee. Queen bumble bee after coming out of hibernation finds a perfect place to build a comb and lay eggs. At a time Bumble bee can lay up to 100 eggs.

Bumble Bees are very tiny in size. They have black and yellow body. The female Bumble Bee have sting on their tail. They have round body which is covered by soft hair. They feel Fuzzy and are generally plump and densely furry.

If compared to honeybees they are very bulky in size. Many species of Bumble bees have color bands on their body. The combination varies with their changing species. Some Bumble Bee species have long tongs. The major part of a Bumble Bee’s body is covered with black fur. Bumble Bee is very tiny in size. Their height is approx 1.9-3.8cm and their weight is approx 5-10 grams.

The sizes vary with species such as the largest British species has queens up to 22mm long, the males are around 16mm long and the workers are between 11 and 17mm long. The largest Bumble Bee species in the world is found in Chile which is 40 mm long in size.

It is often described as “flying mice”. They have a furry coat. Bumble Bee is usually found in the contrast combination of black, yellow and orange. Most of their body part is covered with black fur and they have either yellow or orange strips on their body. The Bumble Bees are small in size but if compared to other bees they are quite stouter-bodied. Compared to the Honeybee Bumble Bee has broader body. They have more rounded tip at the abdomen.

Normally a Bumble bee lives for about a year. 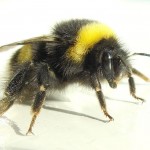 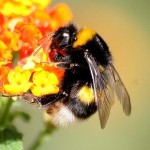 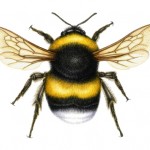 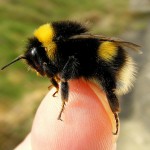 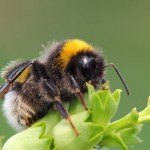 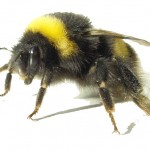 The new queen and cocoon’s drink up lots of nectar to make sure that their honey stomach is full. This helps them to hibernate in winters, but it sometimes leaves the male half filled. Most of the bumble bees die in winters and a special attention must be given to their diet.

Special attention must also be paid to ensure that there population increases. If not taken care now then it won’t be long that not when even a single bumble bee will not be found anywhere in the world.

There is not a lot grooming required. 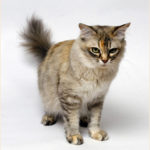 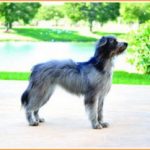