The Budgerigars are beautiful creature that comes in myriads of vibrant colors. The different colors and patterns of budgies are due to careful and strategic breeding of this bird. This bird has been the popular option for pet birds throughout the world because of easy availability of this bird. But mostly this bird is found in the wild jungles of Australia.

If you have a love for birds, budgie can add aesthetic beauty to your house. These birds of rainbow colors are not much demanding and are easy to care. They are social in nature with charming personality which will definitely fill your home environment with positivity. Another name for this bird is parakeet and it is considered as sub-specie of parrot.

The budgies can be easily identified as male or female. The males have blue nose and females have red nose. It is highly recommended to keep the captive birds in pairs so that they don’t feel lonely. The budgies are vociferous in nature. They have loud but sweet voice. In the wild this bird is predator to many creatures. Human beings hunt the birds for its colorful feather or to keep it in captivity.

The budgies are a million years old birds. They came on earth before human beings. These birds are especially native to Australia. The first recorded description of this bird was made by George Shaw who was English zoologist and botanist.

The first captive breeding of this bird was made in 1850s. This eventually gave rise to myriads of different colors and combination of birds. In the 20th century people started keeping this bird in their house. Even today, they are one of the most sought after pet birds. 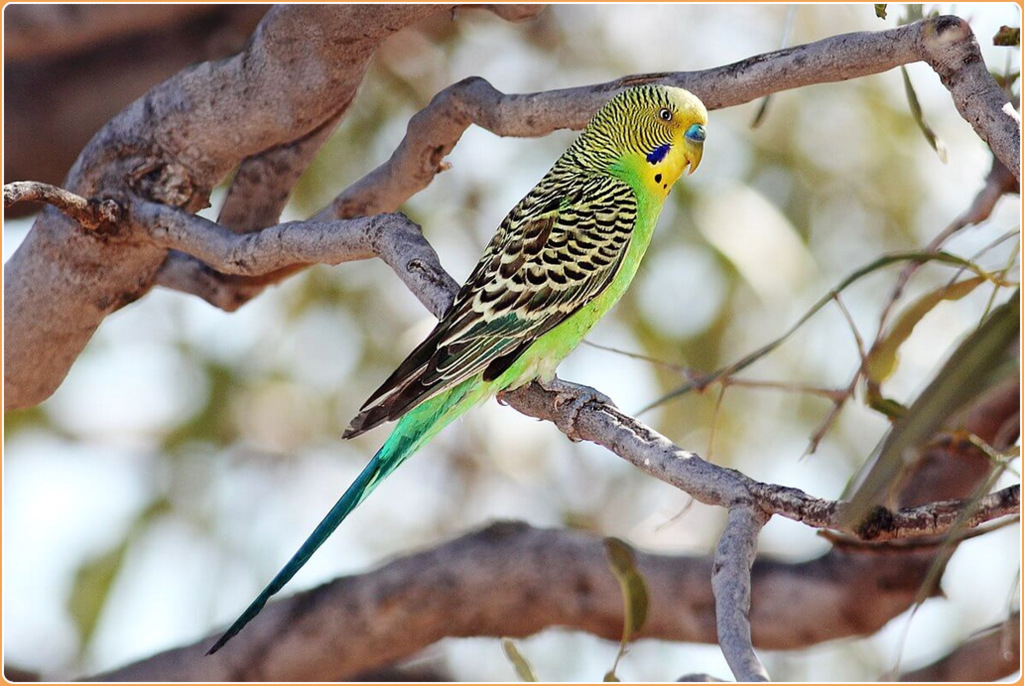 An adult budgie has yellow color face with purple patches on both sides of its cheeks. Small budgies face is covered with black stripes from head to nose. You can see black spot on its throat.

Budgie vision is tetra chromatic which means their eyes color space is four dimensional unlike humans that have 3 dimensional color space. In simple words, budgie can see colors in Ultraviolet spectrum.

Behavior Of Budgie In Wild

Budgie has a playful and curious personality. They like to explore places and things with flocks. They have pack mentality which means they are happiest when they have company of other budgies. In wild budgies follow a nomadic lifestyle. They go with their flocks where there is availability of food and water. Budgies communicate with other budgies by warbling. Wild budgies are smaller than budgies kept in captivity.

Behavior Of Budgie In Captivity

Budgie is a fascinating pet for home. It is advisable to purchase the bird in pairs. Too many budgies shouldn’t be kept in single cage because they can fight among themselves. Captive budgies have more fluffy appearance which makes their eyes and beak smaller in appearance. In your free time you can teach your budgie to mimic certain words or phrases.

Ailments faced by budgies are

Budgies are vegetarian. They eat vegetables, fruits, grains, nuts and legumes. You should never give your budgie food items which contain lactose and other food items like chocolate, garlic, onion, lemon and potato.

Grooming the budgie will mitigate many of its health problems. You are supposed to clip budgie’s nails whenever it grows longer otherwise this will enable them to scratch any humans or themselves accidentally. You can also trim its feathers. It is similar to trimming human hair. Occasionally bath your budgie so that it doesn’t catch any allergy or fungal infection. It is important to keep its cage clean and tidy.

The main predators of budgies are snakes and birds of prey like eagle and hawks. Humans being also kill budgies for its beautiful feathers.

This bird has its roots in Australia but it is widespread in other parts of the world too. It can be mostly seen in open woodland, farmland and areas with eucalyptus and acacia trees. 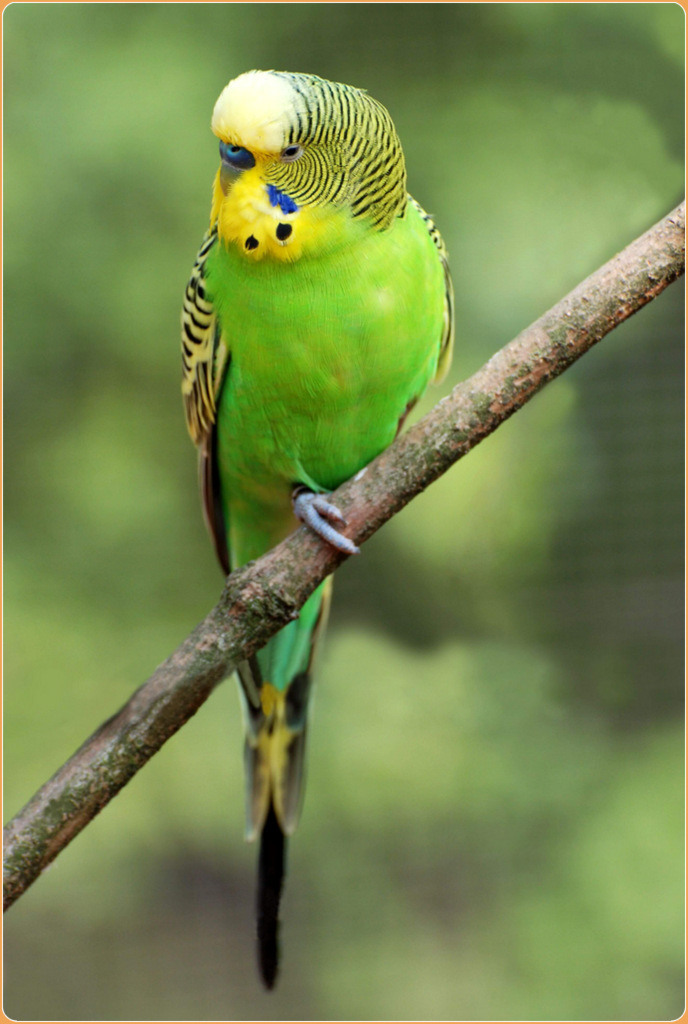 Budgies are opportunistic breeder which means they usually breed in the rainy season when there is ample amount of food and water for them. Unlike other birds they do not built nest rather they lay eggs in tree’s hole and log.

When the female budgie is about to hatch eggs, its beak changes its color to brown. Female budgie generally lays 4-6 eggs. It lays one egg after every two days. The eggs are 1-2cm in length and are of white color. Mother has to incubate its eggs for 18-21 days. During this period, male budgie helps its partner by feeding and caring for it.