Alaskan Klee Kai is known as a dog with a sensitive stomach. They should not be fed low quality dog food. The owner has to pay special attention for allergies and food tolerance. Some foods can cause diarhorea, gas and stomach upset.

Purchase sample sized food to see what goes well with your Alaskan Klee Kai. Every dog is different. What is good for your pet might be bad for another. The owner would learn with passage of time what his/her Alaskan Klee Kai likes or dislikes.

Alaskan Klee Kai is unlike any other dog. It is a new breed of dog that has cat like characteristics. They like to be on their own. Being highly intelligent, smart, and active, these dogs get awkward with the strangers.

The owners need to socialize them all their lives. They are often shy and reserved with people they have never met before in their lives. The miniature huskies would pamper the owner with lots of love, affection, and attention.

Alaskan Klee Kai has a lifespan of 12-15 years.

These dogs have a strong desire to run after the preys or animals, which appear to be weaker than they are.

Alaskan Klee Kai is a shy and introvert dog which likes to be on its own. They are intelligent and super active. They are always exploring their creative sides and surprising their owners.

Alaskan Klee Kai is a furry dog that appears like a Siberian husky at first sight. This dog is unlike other dogs. It has a glimpse of northern heritage to its appearance, which gives it a classy look. This dog has unique cat-like features.

The Alaskan Klee Kai looks like a miniature Husky. This furry dog has a striking masked face with cat like characteristics. The tail is furry and curly. The appearance reflects the northern heritage of the Alaskan Klee Kai.

As Alaskan Klee Kai is a relatively new breed of dog. There have not been any evident genetic defects noticed in their breed. It could still take a few more years for the genetic to show the defects and diseases. Male Alaskan pups can have a defect of testicles, which makes them incapable of breeding.

Sometimes, Alaskan Klee Kai can have an issue of retaining the baby teeth. It can cause trouble when the adult teeth start erupting from the gums. Regular vaccination and de-worming should keep them happy and healthy all their lives. These dogs can be acute to separation anxiety. They start feeling left out as soon as you move out of the house to throw the trash out or close the doors of the bathroom for a shower.

The Alaskan Klee Kai is a new breed of dog as compared to other dogs. These pets can be extremely energetic and active throughout the day. The AKK is an intelligent dog. There is a hint of northern heritage in their looks. The Siberian husky was primarily sled dogs whereas Alaskan Klee Kai have been bred as companion dogs.

Alaskan Klee Kai is an introvert breed of dog, and they get cautious amongst the strangers and start behaving weirdly. It is advised to the dog owners to help them open up and socialize as much as possible. The AKK is an extremely intelligent, energetic, curious, and active dog.

They are incredible family lovers. They are joy to have around the family. They crave for attention from the family members and would not shy away from pleasing their people by performing little tricks. 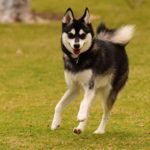 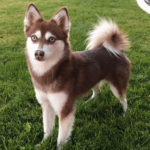 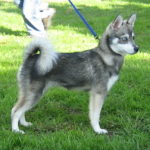 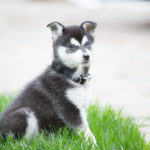 Alaskan Klee Kai looks similar to Siberian husky but is smaller in height. They are also shy and awkward as puppies. The grooming would involve maintenance of two layers of fur – inner and outer. They shed furs and regular brushing should be done to get rid of the thin fur. They have a coat-blowing season twice a year and extra care should be taken of their furs during these days.

These dogs are excellent jumpers and often walk on the higher surfaces like cats. They are adventurous and dangerous at the same time.