There are distinct differences between the two varieties and both need to be treated differently. The hunting variety is smaller, with a smoother coat but has an excessiveness of energy and if they are being kept for hunting purposes they are often kept in kennels. They can live in a yard as long as they are not cooped up which will not let him bond with the owner and in the end, the dog will not perform well. They like being involved and be part of the family so allow him into your home and treat him well with training the whole time.

The bigger dogs used for showing are not as energetic as their smaller cousins and with their lovely coats and friendly personality they make lovely pets. They like the smaller variety also need to feel part of the family and essential to living in the house or they are generally unhappy.

The hunting variety has much shorter hair and does not shed a lot of hair. A weekly brush will be sufficient grooming. The larger variety has much thicker and longer hair which requires a lot of grooming. A lot of owners will keep coats clipped and done professionally.

Both varieties are great family dogs that love to be around people. They will warn the owner if there is somebody approaching but it is generally just a friendly gesture and not aggressive type behaviour. The dogs have a lot of energy and need quite a bit of exercise and they love being out and about. If they are exercised regularly and able to spend a lot of time with the family then they will adapt to any type of home from small apartments to homes with huge gardens.

The larger variety has coats that have clear definitions of dark and white patches and are often judged on how pleasing the coat colouring is to the eye. Their coats are much longer and need a great deal of grooming and even clipping

As soon as you receive the young puppy start training them immediately and do not wait for some months so that they develop bad habits such as excessive barking, burrowing and other bad habits. It is important to let them socialise from a young age to get the best from the English Springer Spaniel

The English Springer Spaniel are prone to numerous health issues and these could include :

The English Springer Spaniel are prone to all these diseases but one of the most troubling is that they suffer from what is commonly known as “Springer Rage Syndrome” and is more common in show lines.

When you get a puppy use a reputable breeder that has all the certification for all the breeding animals and that they breed the healthiest dogs. While the puppy is growing up constantly take them to the vet to have them examined especially the eyes. 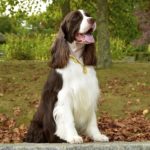 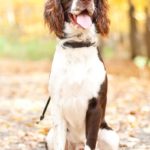 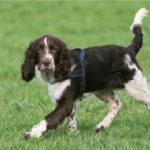 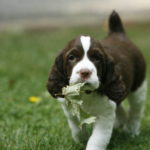 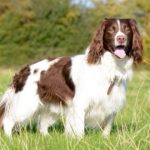 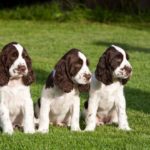 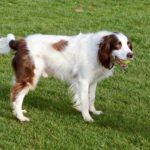 The English Springer Spaniel is very popular both as a hunting dog and as a show dog but it is advisable that before you get puppies check the breeder’s record before you buy the puppies partly because of the numerous health issues that the dog has.

Good breeders will have all the certification and veterinary documentation to show that the dogs are healthy and will be very willing to share this information with you.