When Americans come across the word buffalo, their mind probably goes to the America bison. Buffalo originally referred to the water buffalo (introduced to the Western Europe from Asia) and other large bovid animals of Eurasia and Africa. The history of Buffalo begins with the Greek word boubalos known as antelope. The Romans later borrowed this word as bubalus.

However, the Latin came and reformed it into bufalus and it became the name for the water buffalo when it was introduced to the Europeans. Bufalus transformed into buffalo in Italian. Later in 1625, buffalo were used to describe the bison of America by English writers. More to this …

The buffalo is often robust and large. So it has huge appetites. Buffalos are ruminant animal which means they have to use micro organism in the rumen to digest the feed. They usually feed on vegetables by grazing. The feed enters the rumen compartment when swallowed. The buffalo goes around feeding on grasses and other animals. The feeds taken in by the buffalo contains various nutrients like protein, carbohydrate, minerals and water.

The buffalo lives in areas with enough grass and vegetation to graze on. It also lives where there is access to water and shade as well. Therefore, these regions could include the savannas in Africa where their needs are met to a great extent.

In behavior, the buffalo is regarded as being a dangerous animal. Several people are killed by the buffalos each year. As human beings are predators to buffalos, animals like lions, leopards and spotted hyenas are natural predators to them. On average, the buffalo is active throughout the day and night because they spend 18 hours a day searching for food and moving around.

The buffalo requires daily movement from one place to another in search of feeds. Therefore it leads quite a busy lifestyle as compared to other animals like cattle. They are herbivores so they don’t require much care. They move around to find their food.

The mating season begins around the beginning of spring or end of summer. 11 months later they give birth to calves that are breast fed for approximately 7 months. They begin grazing almost immediately helping greatly on their growth. The bull becomes reproductive in six years while the cow, after two years. The average buffalo lives for approximately 20 years.

The buffalos are large animals. This gives them the advantage of having few predators. They include the human, lions, leopards and hyenas.

When males reach 2years of age, they leave their mothers but females stay with their mother until they have produced their own offspring. The mating begins early summer to have them give birth after 11 months of gestation.

The buffalo is a robust animal. It stands tall at the shoulder, wild and formidable. They are mostly dark brown or black in color.

An average buffalo can live to between 18-20 years. But can live up to 30 years. This is possible if they keep away from danger and learn survival tactics.

The Buffalo is generally healthy compared to other animals. It is very interesting because most of them live in hot, humid regions that are prone to diseases. The buffalo is a bovine and is likely to be affected by most of the diseases and parasites that afflict cattle.

Antibiotics and vaccines are produced for buffaloes. The main cause of losses in buffaloes is caused by Calf Mortality. Newborn buffalo calves, like bovine calves, are affected by large number of viruses, bacteria and poor nutrition. The buffaloes are lest affected by foot and mouth diseases. Severe outbreaks among buffaloes aren’t uncommon. Mastitis is one of the serious diseases of the buffalo when kept in the milk production.

Buffalos possess a sparse gray-black, dark brown, black or bright red coats. They are wild animals and don’t require grooming. As for the domesticated ones, they are washed and sprayed to keep parasites off. 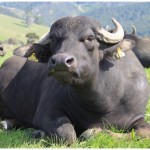 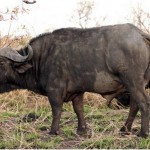 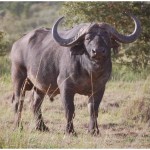 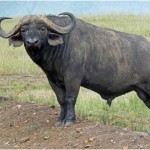 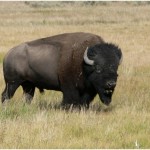 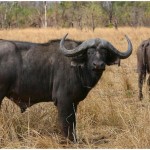 The buffalo shed skin differently. This mainly depends on the region they come from. The bison sheds a winter coat after winter by rubbing its back on stones and rocks.