The Pomeranian – Facts, Information and Characteristics

The Pomeranian has a good place in the history as this is a pet for several royal people. They are the descendants of the German Spitz dogs and they are also known as Wolf Spitz because of their appearance.

The Pomeranian is a compact dog with sturdy bone structure. They have wedge shaped face with dark eyes, triangular shaped erect ears and well-proportioned body. They are double coated with thick, soft under coat and long, harsh and straight outer coat. The neck of the Pom is covered with the fur and face consists of short fur. The tail of the Pom is feathered and laid on its back.

They come in various colours namely black, cream, white, orange, brown, blue, tan and sable and combination of the above colours. This is a small sized dog and measures around 5 to 12 inches in height on an average. The Pom weighs about 3 to 7 lbs (1 to 3 kg) on an average.

This small dog is a great protector of the family and the owner. They are very alert and become a guard for the house they belong. They react for every strange sounds, things and people. They are intelligent dogs and learn the things quickly which makes it easy for training.

They are happy, lively, active and energetic breed. This is a high-spirited dog and always likes to be attentive among the people. They are gentle, playful and good with other pet but sometimes it is aggressive towards other dogs. They are good extroverts and always like to hang out with the family members.

Proper care and attention towards the health of the pet keeps them healthy and fit. The most common health problems found in this breed are deafness, patellar luxation, tooth loss, dental problems, eye infections, skin infection, ear problems, hip dysplasia, tracheal collapse, hypothyroidism and cryptorchidism. Consult the vet doctor if any serious issues are noticed or above problems are recognized.

The diet of the pet should be planned based on the metabolism rate of the pet. The diet should contain about a half cup of feed in its daily meal; the feed should be of a good quality healthy solid and liquid food.

As the Pomeranian is prone to tooth loss, the feed should contain dry food especially milk bones to keep its teeth strong. Do not over feed the pet as it may lead to over weight problem.

They are suitable for the apartment living as they are small and active indoors. They can adapt to any type of living conditions and they like to play a lot with toys. They are playful and take care they are not stuck by heat. They cannot tolerate hot weather or extreme heat conditions. They can stay calm in cool weather and fits to the cold climate.

As this is a small canine long walks or daily walks on long distances are not recommendable. Short distance walks or trips to the pet or dog parks would be helpful. They play a lot and playing games or playing with the toys makes it happy and fit. They are confident, spirited and affectionate dogs but sometimes they are mischievous as well. They need a consistent training and proper socialization to keep them well-behaved.

There is a lot of danger to this small dog from external elements like vehicles, large dogs, large animals and dog thieves. The Pom Pom is little aggressive and get into fights easily regardless of the size which in turn hurts them and leaves them injured. Bigger animals, dog thieves, eagles, coyotes and hawks may attack them if they are alone. So do not unleash the pet on daily walks and do not leave it alone in unsecured places.

The Pomeranian has an average litter size and it gives birth to 1 to 5 puppies on an average. The Pom puppies are very tiny size and proper care has to be taken.

The Pomeranian lives about 12 to 16 years on an average and they can survive longer if they are maintained in good health condition and hygienic environment.

The pet can be taken for breeding after puberty period that is around 4 to 7 months. Remember that, the pet should be physically strong for breeding process and for giving birth to puppies. Professional breeding would be a healthy process as they test the pet’s health condition before breeding. 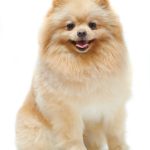 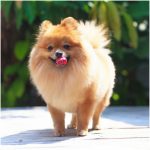 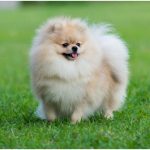 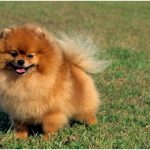 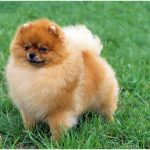 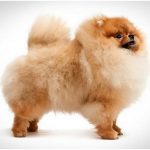 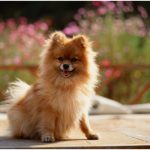 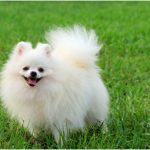 Frequent bathes will do okay for Poms as they have skin odour. If necessary trim the hair at some body parts like rear part, area around ears and eyes and on legs. Brush the teeth daily or twice in a week to remove tartar and to avoid gum diseases. Trim the grown up nails and clean the ear and eyes for avoiding infections. 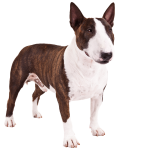 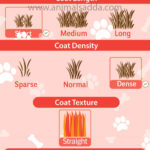 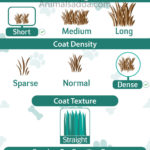