The world is filled with many dog species and we are therefore spoilt for choice when deciding on the type and breed to keep for whatever reasons. An American Eskimo is among the many types of dog species that are kept as pets in many households.

It is hard to distinguish different breeds or species of dogs especially when you hardly have any information. It does not matter what you want the details for; this article will provide you with all sufficient information that will facilitate your decision making.

It was originally bred to serve many purposes such as working in the firm. The reason why it is a multipurpose is its characteristics that serve its intended functions. Firstly, it is usually a smart with a very strong desire to please people. In addition it has strong thinking abilities and has exceptional and impressive herding skills and instincts.

If you are among the people looking for a dog to give a hand in herding, it would effectively such tasks. On the other hand, the dog can be used as a pet living in the house. Besides, one can choose from three different types depending on the size of their house. It has a range of talents which include: herding, watch dog, guarding, detecting narcotics, obedience and performing tricks.

An American Eskimo is known for its beautiful and attractive appearance and in most cases it is highly priced because of its outward appearance. It is about nine to twelve inches tall and weighs between six to ten pounds. Its length is of medium size and possesses a thick double coat which comprises of a harsher top coat and a really dense undercoat falls off naturally. There are three types and the difference is their varying sizes.

They come in three different sizes but the rest of the features are identical. The two large sizes are the standard and the miniature dog. Toy Eskimo is the smallest of them all. The Toy species is the most intelligent, always alert, very friendly and always eager to please the humans.

However, it also likes being reciprocated with a lot of love and attention. It enjoys the company of humans and can be a bit destructive if it is not accorded some attention. It is also the fastest among the three species and training him could be a little hectic and tricky. Unlike the other two larger breeds, Toy sheds a lot of furs and you will constantly have to wipe off the coaches while vacuuming the floor from time to time.

How about the miniature and standard breed? Miniature is over 12 inches in size while standard is between fifteen and nineteen in size, hence making standard the largest of them all. The Standard has a compact body and slightly longer rather than tall. The double coat comes in handy for insulation purposes while its thick and small ears were made for the purpose of resisting the cold. This makes it possible for it to run in the rain and snowy environment an activity that enjoys engaging in.

Grooming this type of dog is not hectic and cumbersome. Its color is enough to put off anyone because it sends a message of high maintainability on the part of the owner. However, one only requires brushing its coat from time to time.

This is because it normally sheds quite considerable amounts of hair frequently. You will have to learn to deal with the furs that the dog will frequently leave on the floors and the coaches. The only problem is working hard to ensure that there is no fur in the house.

The color of the dog should only be white or white with biscuit creams. Its coat should not be curled or waved. If you notice change in the color, it might be sick and requires medical attention. Its eyes must not be blue and it should not be less than nine inches which is equivalent of 23 centimeters or over nineteen inches equivalent to 48 centimeters.

If you notice differences in the appearances of the dog, medical checkup is recommended to ensure that it is health. However, American Eskimo was made in a way that it is resistant to many conditions that might make it sick or unhealthy.

Everything about it, explains why it is the best choice for various purposes. From its outward beauty to its pleasant personality that makes one want to be around it. It enjoys and demands the attention of human beings and works hard to please. Besides, it is an intelligent animal and very lively hence with the abilities to liven you when your spirits are low. You can be certain that it behaves well with children, other types of dogs and pets. 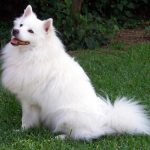 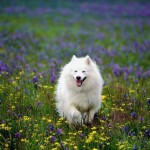 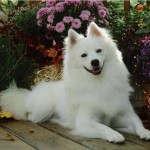 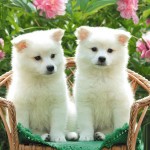 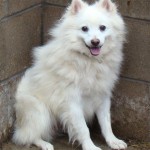 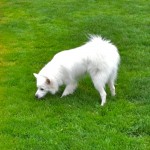 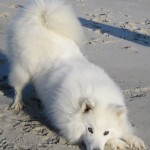 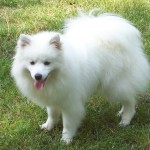 Its origin can be traced back from Europe. It is a member of the spitz family of the Norbid breed type. The dog species has a close relation with the white German spitz. The white German species is known to have been brought in United States back in the days where the name changed to American Eskimo. However, in recent days they are considered as two different breeds. It is also said to be related to others such as the Samoyed, the white Pomeranian, the white Italian spitz and the Keeshond.

There is enough evidence which proves that it got to the United States through German settlers. Don’t be mistaken, the name has nothing to do with the Eskimos; the name is associated with the kennel name of a couple, Mr. and Mrs. Hall who registered the white German at the united kennel club. They named the dog after their kennel back in 1913 and since then the name has been in use.