“Anatolian Shepherd Dog” is a dog that is generated from Anatolia, Turkey. It is commonly referred to as Karabas, Turkish Mountain Dog, Shepherd Dog or Blackhead. It was brought to the United States from Turkey so that it could be cultivated even more.

The “Anatolian Shepherd Dog” is a Turkish mountain dog that originated from olden days sheep caretaker dog line that was cultivated to take care of herds of sheep from any dangers inflicted by bears, wolves, cheetahs and so much more. It is suggested that the Shepherd Dog was born 6,000 years back before Turkey was formed.

The “Anatolian Shepherd Dog” is a brawny dog. The Shepherd Dog has a broad neck, big head and strong body. Their lips are practically stuck to their snout and their ears take a triangle shape that drops downwards. The male dog’s height is 26” – 31” inches and the female dog’s height are 27” – 30” inches tall. They are about 41 – 68 kilograms in mass. Normally, the males are bigger than the females.

The Shepherd Dog’s fur can vary in colour but most of them are cream white, sesame as well as pure white with big coloured marks. Their fur is extremely dense so it needs to be combed 1 or 2 times in a week especially if the dog is living in a country that is hot.

The fur around their neck is extremely heavy for the sole purpose of guarding their throat. Some of the Shepherd Dog has short cut tails or tails that are long. Shepherd Dogs are normally slim with big rib cages yet their stomachs are tiny. They give the appearance that they are bulky because of their dense fur.

The “Anatolian Shepherd Dog” will normally consume 40 – 60 pounds of the best dog food for the first few months. When the Shepherd Dog is small, they are normally given good quality puppy food for a period of 12 months.

In 1970, the Western breeders had shown their curiosity in the “Anatolian Shepherd Dog” and started to expand the Shepherd Dog traditional traits to newer traits by noting down their lines according to the breeding standards.

The Shepherd Dog was introduced via Central Turkey to the UK by Charmian Hussy, a writer and an anthropologist. Charmian Hussey transported two dogs that were known as Karabash. From there, many other dogs were transported and were mixed to give birth to what is known now as Anatolian Dog. As claimed by variety of Turkish breeders, the Anatolian Dog is a mix of Akbash and Kangal dog.

The “Anatolian Shepherd Dog” enemy is the wolves. The wolf will attack anything that can be eaten so the Shepherd Dog is one of them. Shepherd Dogs do not have any other predators except other wild animals.

The “Anatolian Shepherd Dog” line has made a few appearances on TV shows. 3 of them have acted as 1 character named Butch in “Cats & Dogs”.

A survey was done to prove the life cycle of the “Anatolian Shepherd Dog”. They live approximately 10 plus years. This is considered quite good since other dogs their size live for only 6 to 8 years. If the owner takes care of their Shepherd Dog properly, they can live for up to 15 years. Overall, they are a strong line of animals.

“Anatolian Shepherd Dog” do not suit living in apartment or tiny accommodations. They are suited for houses with big yards so that they can run around and get the necessary exercises they need. Confining the Shepherd Dog in a small space will stress it out. The best way is to take the Shepherd Dog running and take it for a lot of mountain exercises. 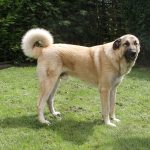 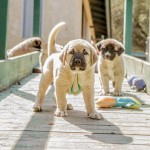 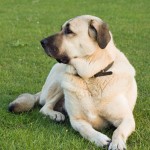 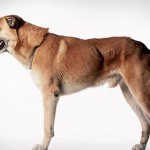 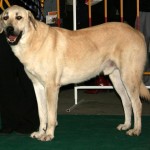 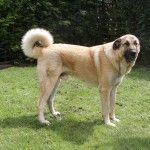 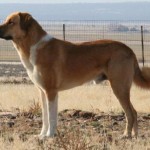 The “Anatolian Shepherd Dog” was reared with the main aim to be self-governing as well as strong. The dog is nurtured with the responsibility to take care of its owners herd without a person looking over the dog. Due to this, it is important for owners to mingle their dogs with other dogs at an early age so that the Shepherd Dog will make a good chum. The Shepherd dog is extremely smart and can pick up things fast. However, they may decide not to follow your orders.

When it comes to the Shepherd dog, the Turkish herders have noted that when they are in pack of 3, they are able to hurt or kill a group of wolves. The Shepherd dog always foresee danger so they will normally control a group of sheep and then leave the sheep to search for predators that might attack them. It is advisable to insert a chip in them so that you may locate them should they disappear.

As long as other animals and children are introduced to the Shepherd Dog when they are puppies, the dog is an excellent companion for those animals and children. The dogs do not like chewing or fetching things. Their most favourite activity is either running or swimming. 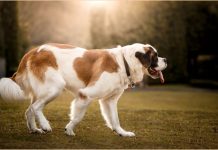 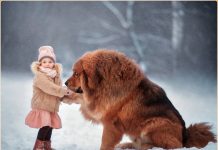 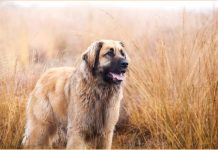