American Bobtail is an uncommon breed of the domestic cats that were developed in the late 1960s. The breed is known for its noticeable short “bobbed” tail which is about 1/3 rd to half the length of any normal cat’s tail. They are affectionate and super intelligent. Their distinct wild appearance and their extremely interactive nature help them to bond with the humans easily.

This medium to large sized cat has a solid, muscular body and has a luxurious coat. The tail is short and stubby or naturally bobbed from which they owe their name. The tail is unusually short and almost the size of a hock. At an alert position, the tail of the cat goes straight up. Head of the cat is a wedge shaped with pair prominent brows over large and almond-shaped eyes, so it looks like a focused hunter. American Bobtail looks similar to a wild bobcat. It is a slow maturing that takes 2-3 years to attain the adulthood. They are available in different colors and coats. They can be long as well as short haired. Their coat is resistant to the water. It can adapt to any environment and can prove to be a good companion.

The most noticeable and distinct feature of this cat is its tail. It is broad at the base and typically ranges in length from 1-4 inches. Normally the appendage is long enough to be visible above the back of the cat when it stands up. Tails can be curved, twisted, kinked or can be straight.

American Bobtails love to eat meat. So, you need to give them meat or formulated meat products. They are finicky at eating and you will face issues if you try to make her eat everything. Do not try to give them the same food that you give to the dogs as it is filled with too much of carbohydrates which they cannot digest properly.

This is an uncommon breed of the domestic cat that was developed in the late 1960s. The stubby bobbed tail of this cat is about ½ of the length of the other normal cats. This is the outcome of the cat body genetic mutation that affected the development of tail exactly similar to the Manx cat.

You can expect this cat to be a very good company. They are very playful in nature, social and with full of energy. They are clever and can prove to be deceitful. They can escape from the rooms that have closed doors and the secured cages. They are very friendly to their owners and affectionate. Sometimes, they are just adorable, they would meow and hop into your laps.

They have a smart personality. They enjoy playing with the intricate and puzzle-type toys. They love to learn tricks. They are not as vocal as some of their breeds but they communicate their pleasure with thrills, clicks and chirps. They purr and meow. They are adaptable in nature and are a good traveler. They are well-suited for various types of lifestyles and can prove to be a good companion in the spare time.

These types of cats can develop genetic health issues. But, generally they remain healthy. Tail-less breeds of the cat can suffer from the spinal issues which can affect their ability to defecate. You need to ask the breeder to provide you a health guarantee while you buy this breed. When you are at home, you should try to control its obesity.

You need to brush the American Bobtail twice per week to get rid of the dead hairs and for keeping the hair coat healthy and shiny. Slicker or rubber curry brush could be a sensible grooming tool for the coat of this cat. It is better to give this cat weekly manicure and occasional ear cleaning from time to time.

It is an active and intelligent cat that loves to sit on your lap and caressed. It is compared to the dogs in their behavior and sincerity towards their masters. You can expect the cat to be additionally nice to the children, to play games and greet at the door once you arrive at home. It does not love to be at the bolted cages and the closed rooms.

It is true that the cat possess several characteristics that are similar to its wild ancestors. The cat is outgoing and fearless and not at all aggressive. It has the nature tendency to wiggle and hence like to do the exercise or activities that need wiggling. It is good at the leash training and enjoys long on-leash walks all around. 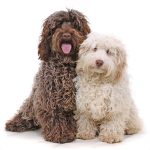