The ‘Yorkshire Terrier’ is originated from Yorkshire, northern England and is categorized under the small dog breed. It is developed nearly in the mid of 19thcentury in order to decrease and control the population of the rats in various cotton mills and coal pits.FCI (Federation Cynologique Internationale) has classified Yorkshire in the Terrier group under toy terrier section while American kennel club and few other kennel club’s placed under Toy group/companion group.

Three dogs’ namely Old crab (male), Kitty (Female) and other unknown family may have been used to develop Yorkshire Terrier. It is said that few other breeds may also been used like Maltese and Paisley terrier. The name Yorkshire Terrier was fixed to this breed, as most of the dogs have been developed and raised in Yorkshire. It is also called by the nickname ‘Yorkie’.

Yorkshire Terriers are generally weighs around 7 pounds (3.1 kg) and few Yorkies may weigh up to 15 pounds (6.8 kg). Though the height of the Yorkshire is not known, it is said that it varies from 8-9 inches at the shoulder. Most commonly, this dog breed is seen in blue and tan color and few of them will be in black and tan, blue and gold, black and gold. The long and silky coat of Yorkshire resembles its beauty and due to its small size it appears as cute pet. Parti color coat Yorkie is very rare as it has white with blue (or black) and tan.

Information and Facts of Yorkshire Terrier :

Yorkshire Terrier seems to be very quiet most of the times and they love to interact with the people. It is a very active breed and barks a lot. Some breeders may face problems due to its barking and it can be resolved easily by proper training and exercise. They fit for the family environment and adapt the home atmosphere very soon.

Common health issues in Yorkshire Terriers include cataracts, Keratitis sicca and bronchitis. As the dogs are small sized it may cause damages from falls, or accidents and so care should be taken all the time. Some Yorkshires may also affect from lymphangiectasia and portosystemic shunt.

A proper diet should be given to the Yorkshire Terriers and make sure that the dog doesn’t increase its weight and get fat. A good quality food is recommended for this dog and two meals per day are advisable. If the dog gets the outside food, it may cause diarrhea and vomiting due to its delicate digestive system.

The life span of Yorkshire Terrier is about 13 to 16 years and mostly the average life span of the dog is 14 years. The Yorkies with small size may have health issues and tends to have very little life span.

They tend to live in a house where the temperature in not so hot and not so cold. If you built a small house, then make sure that no other animals should get exposed to the Yorkshire. 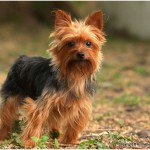 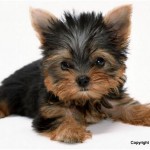 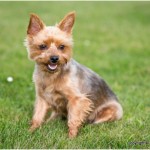 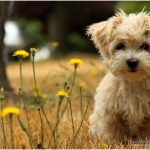 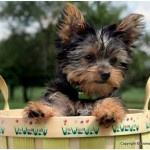 As the breed is of small size, it is not advisable for the young children as they may drop the puppy. The lifestyle of Yorkie is very simple and funny as it always needs to interact with the people. Daily short walks and proper exercise make the Yorkie more active.

Generally, breeders should take care of the pregnant Yorkie until it delivers puppies. Proper care should be taken for little puppies and on an average, the grown Yorkie can live up to 14 years.

Due to the long-hair of Yorkshire Terrier and no fur, it doesn’t shed most of the times. Regular grooming and brushing should be done in order to avoid any frequent sheds.

Professional breeding is recommended for Yorkshire Terrier and it is advisable to bred the female after 8 months and the vet’s advice is recommended. Care should be taken and the diet should be maintained properly.

Due to its small size, there may be danger from other big animals. As this dog barks a lot and tries to pick fight with big dogs, so supervision is required whenever the dog is with other animals. 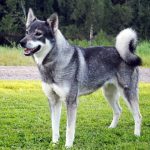