The Mountain Feist is a small sized dog breed which is similar in appearance with rat terrier and Jack Russell Terrier. This dog was developed in the Ozark Mountains and Southern Appalachian in the United States.

The Mountain Feist dog is a sturdy in appearance and its muzzle is long and broad. They have small dark eyes and the ears are long and erected up while the button ears are folded. The legs of the dog are staring and strong while the tail is medium in length and erected upwards.

The Mountain Feist is said to be alert, active and intelligent dog. This dog is a good companion for humans and it also has hunting instincts. The dog becomes loyal towards the owners in a short time and is protective. It also plays well with the children, but owners should supervise the dog whenever it is with younger kids. Don’t let the kids to handle the dog in a harsh manner.

In general, the Mountain Feist dog is healthy and fit. But it may also prone to certain health disorders just like other dogs. The exact health issues seen in this dog is not known, but it is advisable that owners should consult the vet in case of any unusual symptoms seen in dog. Healthy food and regular exercise will make the dog healthy and can reduce the health problems.

The Mountain Feist dog requires a good quality dog food. The food should be supplied to the dog properly in time and so it is recommended to prepare a food schedule for the dog. Do not ever over-feed the dog and for drinking use only clean water.

This dog adapts to the apartment living if it is given sufficient exercise. A house with a small yard will also suits good for this dog. It can play actively indoors but there should enough space for running and playing.

The Mountain Feist likes to play and run all the time. It is a good partner for the daily long-walkers as it likes to walk along with their owners. Daily long walks and regular exercise will keep the dog fit and perfect.

The Mountain Feist dog will be reproductive after attaining a proper age. On an average this dog can give birth to 1 to 4 puppies.

This dog will be safe under human protection and supervision. Whenever the dog is on for the daily walks or playing outside in the yard, owners should observe the dog and don’t let any other big animals to come near it. Due to its hunting instincts, it may chase small animals and unaware of the danger from the other big animals.

Breeding by professional is recommended for this dog and that should be done only after the dog is in matured age. The small puppies should be raised with proper care and attention until they are able to manage themselves.

The Mountain Feist dogs can live longer up to 18 years. The average life expectancy of this dog is said to be 13 to 18 years. 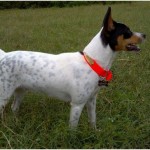 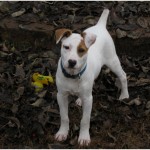 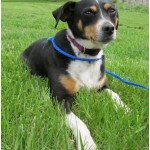 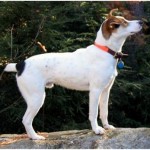 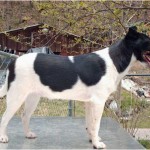 This dog should be brushed weekly and the bathing should be done only when necessary. If there is any dead hair then it should be plucked carefully. It is advisable to check and clean the ears of the dog regularly to keep away any ear infections.

The Mountain Feist dog sheds very little and regular grooming is sufficient for this dog so as to keep it clean, fresh and active. 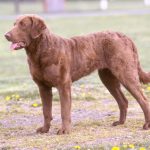