The Manchester Terrier is originated in England and is classified as the small-sized terrier dog breed. It has been developed early in the 16thcentury and in the year 1860, Manchester used to be the center for breeding for these dogs and so it was named as ‘Manchester Terrier’. After 1880, it has become popular and families started adopting it.

Manchester Terrier is of two types, Toy and Standard. The height and weight varies for the both and it is as follows.

The Manchester Terrier is an intelligent dog and seems very energetic all the time. It actively participates in any kind of sport and loves to play with children. It is recommended to train the dog in the early stage so that it becomes friendly with all the family members and other pets. The dog is not very aggressive and it barks heavily sometimes.

The Manchester Terrier is healthy all the time but they may be affected by few health disorders like Von Willebrand’s disorder (related to bleeding) and glaucoma (related to blood). Heat bumps may be seen on the back of the Manchester Terrier if it is exposed to the sun for a long time.Proper vaccination and vet’s advice is required in case of emergency and unusual symptoms.

A proper food schedule should be maintained by the owners and the meal should be fed accordingly. Over-eating may lead to obesity and so one has to supervise the dog and make him eat limited meal. A healthy meal is preferred and it is advisable to divide the meal into two times a day.

The Manchester Terrier is suitable for apartment living as it plays and enjoys very well indoors. A house with a yard is an added advantage for the Manchester as he loves to run and play all along the day.

The Manchester Terrier loves to walk and run all the time. It likes to run along with the owners and is suitable for short and long walkers. Sometimes it likes to chase small animals and so supervision is required in order to avoid any dangers. It entertains owner with its activeness and sporting spirit.

It can give birth to average of 2 to 7 puppies and a proper attention is required at the time of delivering babies. In case of emergency and serious health issue, vet’s advice is mandatory.

As the Manchester Terrier loves to hunt small animals and run along them, supervision is required from the owners. Whenever it is on for walk, owners should keep an eye on it and should avoid the other big animals.

A proper breeding by professional is required for Manchester Terrier to get healthy puppies. During the pregnancy, owners should take proper care and maintain the healthy food. 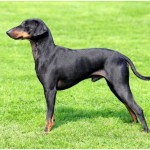 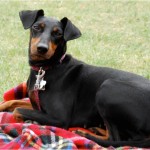 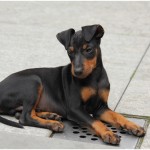 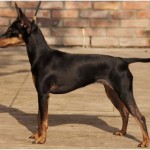 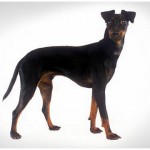 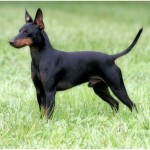 The Manchester Terrier is expected to live up to 15 years. While the average life expectancy of this dog breeds is about 15 to 16 years.

Because of its thick and dense coat, it doesn’t require grooming. But anyhow it is recommended to brush and bath it whenever necessary and make the ears clean.

The Manchester Terrier doesn’t shed much, occasional grooming is required although it doesn’t require grooming at all, but make it clean whenever required. 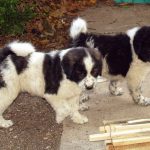 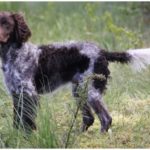 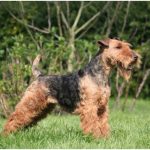