The East European Shepherd is a breed of dog developed in 1930-1950s in order to provide a cold resistant breed for police work, border guard duties and military use in Soviet Union. This breed is highly popular in Russia and recognized as extremely loyal and smart dogs that are devoted to their owners.

In the west, this breed is pretty rare, that means it is not well known and the information about this breed from the online sources is also limited and often distorted or incorrect.

Diet given to East European shepherd should be rich in protein. The diet should include commercial dry food along with some cooked fish, boiled meat or raw meaty bones in the daily routine. 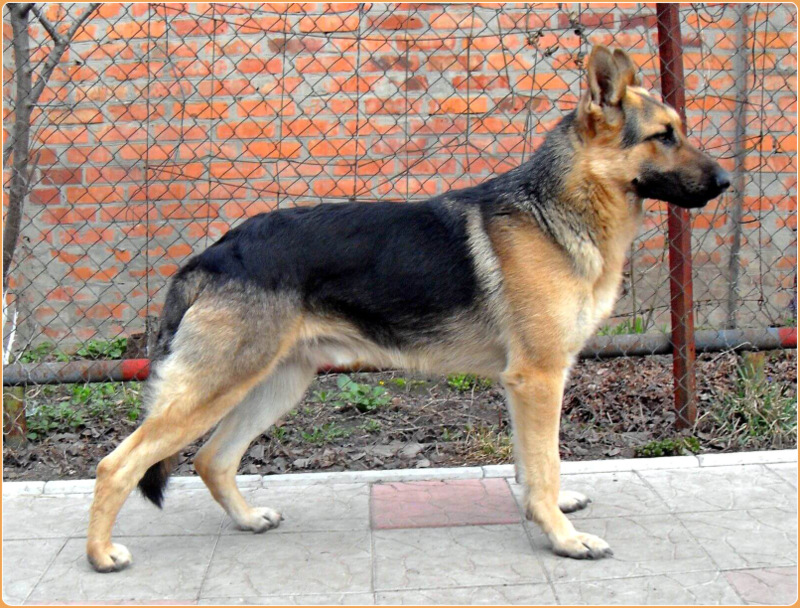 The East European shepherd is a balanced and confident dog extremely loyal to its owner. Although it generally remains calm indoor but it monitors situations constantly and act accordingly to protect its owners from aggressor. It is usually alert and cautious around the strangers but it will not commit any aggressive act unless provoked.

The East European shepherd is a working breed that needs regular activities like jogging, brisk walks and lots of romps as well as play in the garden or yard and they also likes to run freely at an open field.

Their lifespan is usually 10-14 years depending on their health, diet and physical activities. If they are not provided proper care they can die at an earlier age.

The East European Shepherd is a rare breed from the outside of native Russia and therefore it is not a dog at forefront of mind when creating for any new hybrid crosses.

These dogs are large as well as athletic. There have a muscular physique but not heavy or stocky. They have narrow chest with tucked up waist and long back. Their legs are strong and straight, the rump or croup slopes slightly down towards as thick furred and straight tail. These dogs has medium coat of double length that is pretty thick due to well developed undercoat. The color of the coat is described as ‘saddled’ with blanket of contrasting color over shoulder and backline.

The height of males is 66-76 centimeters and the weight ranges between 35-50 kilograms whereas the height of females is 62-72 centimeters and their weight is 30-50 kilograms. The head of East European shepherd has a ‘wolfish’ appearance that rests on a long neck in massive collar fur. The length of muzzle is equal to the length of skull and it has a well developed lower jaw, the teeth are large and the jaw muscles are powerful. The ears are pricked and medium in size whereas the eyes are oval, medium and dark.

The East European Shepherd is a healthy breed with some notable exceptions. As they have the heritage of German shepherd, the chances of developing hip and elbow dysplasia is quite high. Dysplasia is a disease of poorly formed joint anatomy affecting hips and elbow.

This is a genetic disease where if the parent dog is suffering from poor anatomy then their baby will suffer the same. This is the reason that only the dogs which have sound joints are deemed fit for breeding their future generation.

The resemblance of East European shepherd to German shepherd gives a good hint of the back story of it. The Russian police and army wanted a sniper dog and guard dog that possess physical strength to deal with harsh climatic conditions. So they started with acknowledged working skills of German shepherd and crossed it with native Russian breeds.

East European shepherd needs moderate maintenance. They should be regularly brushed with firm bristle brush. They should bathe only when it is necessary as the waterproofing of the coat gets removed by bathing. 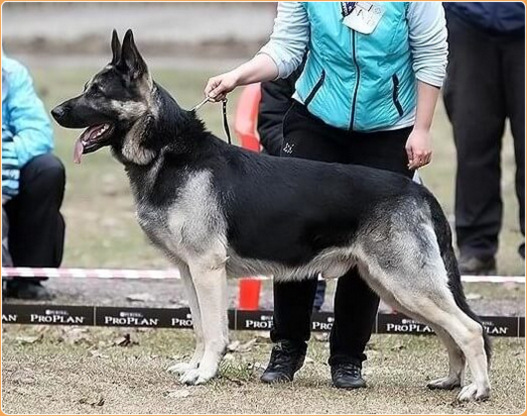 East European shepherd is a constant light shedder but it sheds heavily two times in a year. It needs to be vacuumed more often.