Dachshund breed is everything that a novice bog owner will be looking for; it is lively and at the same time very brave and is very similar to a terrier in temperament. Dachshund are often kept as pet in a pair because this breed attracts those owners who would only to love them and they do okay with their own kinds.

Dachshund breed is also made to participate in various animal shows and events organized by the various organizations. They are considered among the top ten breeds in the USA.

The origin of a Dachshund is Germany.

Dachshunds are typically found in three different sizes that include: miniature, standard and rabbit sizes. However, the rabbit size is not recognized by the official dog clubs and groups in the UK and USA while the other two are recognized almost everywhere.

The average measurements of Miniature Dachshunds and Standard Dachshunds are given below :

Dachshunds are found in various colors including black and tan, blue and tan, chocolate and tan, black and cream, only cream, red and fawn colors. They may also be in patterned coats, which vary from dapple to sable, brindle and piebald.

The breed group of Dachshund is Hound Dogs.

The average lifespan of Dachshunds is from 12 to 15 years.

Dachshunds are cute and lively dogs that remain low to the ground but are very muscular. They are also long in length and that is why they are also nicknamed as Wiener Dogs. They may have small-sized legs but these small legs are very powerful. We can say the same thing for their jaws too. Their ears are hanging and they appear to have a long nose.

Dachshunds have loose and elastic skin. They generally use their paws for digging and thus their front paws are in the shape of a paddle. They also appear to have a deep chest, which means that they have a great lung capacity for greater stamina that helps them hunt their prey.

Dachshunds are not very much suited for outdoor living or in kennels but they ideally should be kept indoors. They can also do well in small living spaces as long as they are getting sufficient daily exercise.

Dachshunds should be taken for daily walks twice a day, which should be about 10 minutes each. For playtime and other activities, they can be made to play fetch games.

This breed as mentioned earlier was created in Germany where they were known as badger dogs. The early dachshunds were used as fox and deer hunters and also to bolt cotton tail rabbits. This breed was first documented in the 16th century and was later refined until 19th century. Their purpose to refine them was to create a breed to dug burrows and go into it and hunt badgers. Among all categories, the Smooth was the original type.

The Dachshunds of today hunt both above and below the ground. This is the reason; they are very bold and courageous. The original breed in Germany was a little larger in size than what we see today.  It was until the 1880s when they were used more as pet dogs than hunters. They were also one of the favorite dogs in the royal courts in Europe. Later in the 1900s, this breed became popular and now it is ranked in the top 10 dogs.

Dachshunds are famous for their jumping and that is why they injure their backs often, this is the reason they are prone to spinal problems and more specifically intervertebral disk disease. If they are obese, this problem might get worsened. This breed may also develop patellar luxation that means the dislodgement of the kneecap. Moreover, the wirehaired type are prone to getting osteogenesis imperfecta ,which is a brittle bone disease.

Dachshunds naturally have a good amount of stamina and energy. Their favorite pastimes can be safely said to be digging and hunting. Doing these activities, they tend to jump a lot on the furniture if they are indoors and this may cause them to injure their backs so they need to be properly taught to jump on the furniture using ramps or steps that you should get for them. If you want to hold them, they should be held while giving extra support to their rear part and chest.

They are quick learners so if you want them to be doing something you may always use incentives and positive reinforcements to keep their attention throughout the training sessions. But don’t make any activity redundant because this would bore them and they will lose interest.

Whichever Dachshund you might have, you will have to put extra care on ears, which are usually prone to developing fungus. You can just clean their ears with a wet cloth.

Dachshunds don’t need a lot of maintenance and grooming. They don’t give out that typical dog odor so it is okay not to bathe them frequently. The Smooth type can be wiped with wet cloth. If you have a Wirehaired Dachshund, make sure to do regular brushing. You probably will also have to strip their coats at least thrice in a year. Longhaired Dachshunds should also be brushed regularly. Moreover, unlike the other types, they should also be bathed more often and you also will have to blow dry his hair so they look their best.

In addition, their nails should be clipped twice a month and it is also okay to brush their everyday so that they remain fresh breathed. 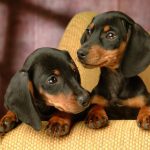 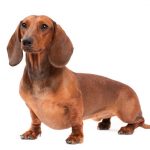 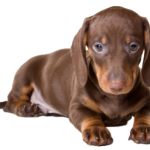 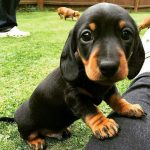 To say the least, Dachshunds are very lively, courageous and clever breed and they never display any signs of shyness. They should be socialized and trained in the early ages for great behavioral traits. They are also looking for their family’s attention and their favorite hobby is to cuddle their people.

They should be fed half to one and a half cups of good quality dog food every day. 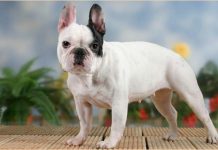 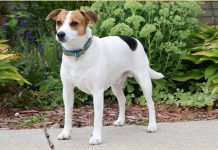 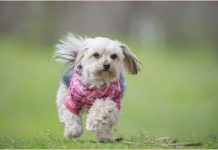 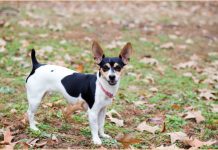 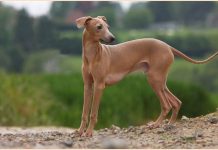