Blue Whales are the largest living animals on earth. They come under mammals’ category as they fed baby whales on milk. According to current estimates, the population of blue whales is in the range of 5000-12000. Still researches are trying to find out the exact mating behavior of blue whales.

Other known facts include :

Despite of their gigantic size, they prefer krill which is just three to four inches long. They can eat 40 million krill per day. There are instances where a blue whale ate 3,600 kilograms of krill in a day. Because of their gigantic size, their energy requirements are also high and in the opinion of researchers, an adult blue whale requires 1.5 million kilocalories to perform its daily tasks.

They are whales that can be found everywhere in all oceans. They usually swim in pairs. They travel like this almost throughout their lives.

In general, blue whales are not seen in groups. Though scientists are yet to prove, several believe that whales feel emotions. Recently born blue whales drink 380–570 liters of milk every day. The energy content in the milk is high i.e. 18,300 kJ/kg and the weaning period is close to six months. In blue whales, flippers are three to four meters long. While breathing, spout up to 12mts can be observed which resembles a gigantic fountain. Their two blowholes are protected by splashguard.

They are curious and active. Tourists on whale-watching can observe the movement of whales. In most of the cases, whales come near to ship and then flee away. Despite of their huge size, they are active. Based on the thermohaline circulation, they even migrate 5000 miles per year and this proves their active life style. They are hard to train. Even scientists failed to know the intelligence levels of these animals. It is hard to communicate with them as our voice frequency and their voice frequency ranges are different.

Gestation period in blue whales is in the range of 10-12 months.Young ones became sexually mature by the time they reach ten years of age. In some cases, young blue whales become mature before reaching six years.

Breeding occurs every three years. Gestation period is almost 1 year. After maturity, they can have off springs at these intervals.

Its huge U-shaped head can be easily observed from long distances also and their gigantic size clearly distinguishes them from other animals. The skull itself is more than 19feet in blue whales. In general, whales grow 80-100 feet long. There is no much difference between male and female whales as far as height and weight numbers are concerned. Blue whales weigh close to 200 tons. Blue and different shades of blue are commonly observed. Slate-grey colored markings can be observed in some cases. They don’t have any coat on their body.

Female blue whales live for about a maximum of 60 years. The male may live for 40 years. They mostly live to this age if they keep themselves safe and feed accordingly.

Even researches don’t have any idea on diseases that occur in Blue Whales. Because of their gigantic size,no natural predators are there in oceans. But there are instances where some blue whales died of wounds caused by killer sharks.

As they live in sea, it is hard to groom them. Their gigantic size is another main hurdle one needs to think of, before thinking of grooming. 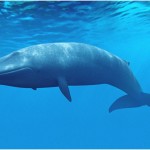 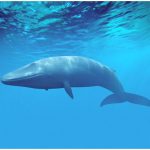 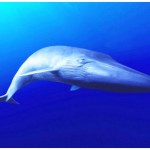 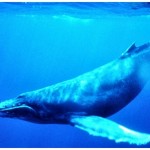 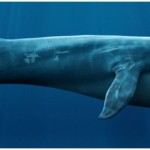 Shedding skin occurs rarely on the blue whale. It has a tough skin and looks smooth on the outside. The shedding could occur if they suffer from a skin disease.