Beavers are well-known for their dam building techniques which they use to create their homes in the water. They are the natural engineers changing the structure of the land with their constant activity. They are the second-most largest rodent in the world. They are mostly wild creatures found in the forests of Europe and America. The Canadian beaver is the most common beaver. They have been hunted for their warm fur for many years, so much so that this hunting almost endangered the whole species.

Most of the beavers are monogamous and mate for life. They are faithful to their partners but once their mate dies, they find a new mate.

The beavers are herbivorous in nature. Their diet includes water lily carcass and tree bark. Their digestive system is structured to help easy digestion of tree barks. Beaver prefers trees like aspen, cottonwood, willow and dogwood, but they will eat any tree that comes their way. They are even known to eat algae, roots, buds and other water plants.

Beavers are semi aquatic creatures. They usually prefer life around fresh water bodies. Their defecation and mating activities are usually done in water only.

They are a species who are deeply attached to their own family. They are the kind of animal with natural thinking abilities. They can learn and imitate other creatures just like humans. The beaver might play some practical jokes, but they are generally peaceful and affable. They won’t harm anyone unless endangered and hence do not have many enemies in the ecosystem. They have a fully developed communication system of warning their family of the upcoming danger.

Beavers are also quite aggressive in nature if provoked. Otherwise they are like the affable next door neighbors. They are known to chew their way out of anything that comes in their paths. They are quite closely related to their family and thrive in the wild instead of closed area. Due to their non-threatening nature, they do not have many enemies in the nature.

Beavers are a very active species. They leave behind them a trail of moss, bark and mud. They are also known for their dam building nature. They are known for creating the world’s wetland with these dams. They can chew everything and anything that comes in their way including the paper, magazines, books, leg of the chair or even doors.

Beavers are known to mate for life but whenever their mate dies, the other will quickly find a replacement. They begin mating at the tender age of three and their mating starts in January and terminate in March in cold climates. In warm regions, it terminates in November. After mating, gestation runs for three months and conception occurs once yearly, usually between April and June.

Soft beds are created by females before conception and the eyes of their babies become open as soon as they are born. Weaning takes two weeks and the young beaver stay with their parents for two years. However, they can live up to 15 years.

They are not very trainable. They prefer their wild ways especially after reaching sexual maturity. Beavers generally need a lot of free space. They might do well in cages, but they need both water and land for their growth. Care should be taken to provide them with something to chew on as otherwise their incisors won’t be sharp enough for their routine activities. Also, they must be provided water for their daily activities.

They possess bodies covered with a coat of long, reddish-brown or grey outer hair and dense underfur. This warm, waterproof coat allows the beaver to swim in icy water in the wintertime without discomfort. They also have webbed hind feet to allow them to swim in the water. The front feet are small and hand like and can be used for picking up fruits and other things.

The adult beaver can weigh from 14- 40 Kg. Its size lies between 80-120 cm. They also have waterproof coats of grey or brown color. This coat helps them keep dry while swimming and warm in winters. For many years, the beavers have been hunted for this coat of theirs. Beavers also have webbed hind feet and paw-like front feet. They are well-known for their huge tail which they use as a paddle for slapping in water. Due to this huge tail, their gait looks more like a waddle than graceful walk.

Beavers do not require much of grooming except for their fur which needs to be groomed daily to keep it as free of water as possible. They also need special care as they defecate only in water. So, they need to be taken in a bathtub or sink twice a day to do their business.

Molting in beavers occur once annually. 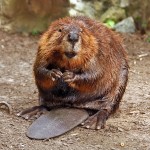 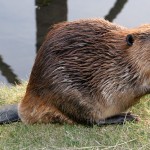 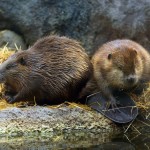 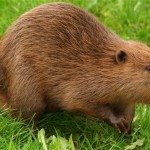 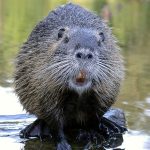 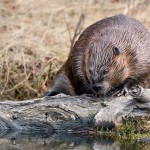 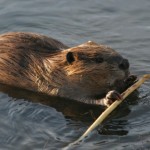 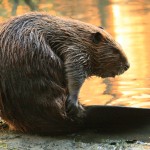