Aidi is a Moroccan breed of dogs, which appears to be lean and very muscular. Owing to this characteristic, it had historically been used as a guardian for livestock and is famous for protecting sheep and goats.

It is characterized as a plum-tailed dog with forward tipping ears. Aidi is also famous for its hunting abilities and outstanding scenting capabilities. Experts say that it was often paired with Sloughi in Morocco during hunting activities where Aidi was utilized to locate the preys by the scent.

Aidi has a Moroccan origin and is said to be found in the Sahara region. Aidi is famous for its trait of defending its owner as well as their property from the attack of wild animals. An interesting fact about Aidi is that the 1963 standard referred it as Atlas Sheepdog though it has never worked as one. Later, this mistake was rectified in 1969.

This breed is found in White, Black, Black & White, Brown and Tawny colors.

Their coats can be characterized as harsh, coarse, short but thick, fine and weatherproof.

Aidi is a purebred dog.

Aidi is a medium-sized dog and do well with standard formulation of food. They happen to be very active and thus, you may want to give them an active breed formula to complement their energy and physical activity.

Aidi is considered to be an outdoor breed and does not fit for indoors. Since they are supposed to be active and working, they are not recommended to be kept in an apartment setting. They require a minimum of 5-inch tall fence and a land area of a quarter acre.

It is important to note that Aidi is a quiet breed and maintain cleanliness in the house and thus is recommended to be kept in a rural or a semi-rural atmosphere.

This breed has a life expectancy of 10 to 12 years. However, their lifespan is quite shorter as compared to the average lifespans for various breeds.

Aidi can be trained well as it responds well to commands. However, it is relatively quite a sensitive breed and so punishment based training should never be applied with it. As an alternative, reinforcement technique or incentive-based technique should be used when training this breed.

However, due to its innate characteristics for guarding people and sheep or goats, it has an instinct for being independent. Thus, you will have to show consistency and persistence while training this breed. Moreover, if the Aidi is not trained to socialize at an early age, your dog as well as you will face issues due to its behavior when it grows up.

Aidi is a medium-sized dog breed and appears to be plum-tailed with a muscular appearance. The ears of the Aidi are distinctively bent forward; they have either brown or black lip while their jaws look fairly strong. They also have medium-sized and dark-colored eyes with equally dark rims. As mentioned above, their coat is thick, coarse and weather resistant.

Aidi is certainly a Moroccan breed; however, the origin of this breed can be traced back to as far as North Africa. They are said to be based in the Sahara region. Later on, when the travelled further, they became popular as livestock protectors in Libya’s Atlas Mountains, Algeria and Morocco.

So, originally the job of the Aidi was to save its owner and their property including livestock from wild animals but, the breed has now evolved to be a house dog. It does really well as a domestic pet but requires sufficient amount of daily exercise. Thus, it can be rightly said that the modern Aidi is for companionship as compared to its earlier guardianship characterization.

Aidi is a very healthy breed and does not develop very serious health problems about which the owners should be worried about. However, as with all dog breeds, these may likely to get problems like eye issues, elbow and hip dysplasia.

It is a very active breed but it should be taken for regular walks and exercise to keep it the same. It should also be given some playtime but should be kept in a fenced yard. In order to ensure its physical and mental health, the only way is to maintain its physical stimulation.

The coat of the Aidi is easy and simple to groom and doesn’t require a lot of attention. It should only be given a bath when required and you may brush them with firm bristles. The shedding of the Aidi is average unlike a lot of other dog breeds that shed extensively. 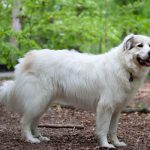 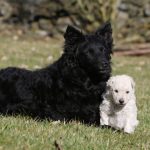 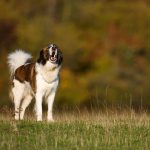 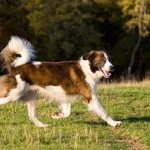 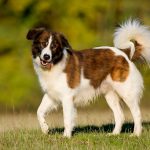 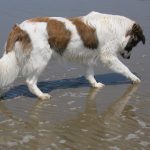 Aidi is a very protective dog breed since its ancestors already had this job of guardianship. It may have been domesticated but its basic behavior of energy and protection remains the same. It should be remembered that it is a very sensitive dog and should not be punished or scolded, however positive training methods do really well with them.

Because of their guardianship abilities, they will always be wary in the presence of strangers. Considering this factor and in order for it to develop friendly skills and behave with other dogs, it should be given proper training and socialization in its very early stage. It’s a very loyal and loving breed. It loves kids and is very playful around them.