A liger is said to be a hybrid-cat and born from the mating of a male lion and a tigress. Though ligers have parents of different species, they are the world’s biggest cat. They are quite larger in size than their parents. A liger is one lucky breed that has both the strength of a lion and the amazing speed of a tiger. Also, liger is a very unique animal, as the sex of two different species of parents makes it a Liger.

An average male liger is said to be about12ft tall when it stands and weighs almost half of a ton, which is double the weight of a lion or a tiger. Ligers are rarely found in the wild because the behavioral patterns and habitant of lions as well as tigress make interbreeding very uncertain.

Just like tigers, ligers relish in swimming and they are quite sociable like lions. They are more like a two in one type of animals. Ligers exist and survive better when in captivity due to the fact that their parents do not coexist in the same environment, leaving them partial homeless.

Though it’s believed that in the past lions and tigers dwelled in the same environment and there were ligers in the wild, no one knows for certain how true that is because ligers are distinctly bigger than their parents. Tigons are as big as a tigress, hence it’s somewhat difficult for ligers to be in the same habitation as any of its parents.

According to history, the hybrids produced by a lion and a tigress in India dates as far back as the 19th century. It was reported that back in 1798, Geoffroy Hilaire created a color plate of the possible cubs of a lion and a tigress. The name “liger” was formulated during the 30s.

It was also reported that two ligers were born in the year 1837, and were showcased to King William the fourth and his successor Queen Victoria during the year 1900. Details as well as photographs of this exhibition of the ligers that were born at Tierpark in Hamburg were reportedly written by Carl Hagenbeck and sent to James Ewart, a zoologist.

Though most people don’t believe that hybrids born of parents in the same family but of a different species exists, the fact is actually real and there are a lot of evidence to prove it. Legend also has it that ligers exist in wild. However, there are no traces of ligers in wild in the present world, but only those in captivity.

Ligers were also recognized to be the largest cats in existence on earth, according to the Guinness World Records. A liger weighs more than 410 kg. There was a hybrid cat named Hercules in Miami and it was said to be the largest species of cat at that time. It was the only biggest cat alive. In Wisconsin, there was another liger named Nook, and it weighed more than 550 kg. But it died in 2007.

Majority of bred ligers till date have been accidental and not planned. Ligers share certain features with their parents, though they are bigger and increase by 1 kg every other day. Hence, at the end of their first year of living, they can weigh about 165 kg’s and they can weigh more than 320 kg when they are 3 years old.

In addition, ligers have their own features, which they get from their parents. Though the hybrid cats take some traits from both the parent lion and tigress, they take more traits from the parent lion. One of the features the cat inherit from a tiger is the ability to swim very well.

Despite the fact they naturally have swimming skills, they actually love swimming. It is contrary to lions that do not like water. A liger is able to effortlessly run at the speed of about 80kmh, which is 50mph.When a liger roars, the sound is more like of a lion. But it also sounds like a tiger’s roar in certain circumstances. 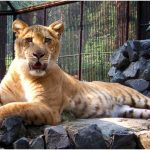 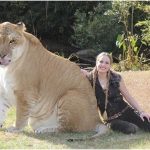 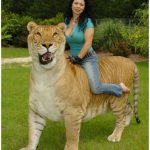 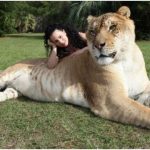 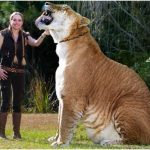 Being a hybrid comes with consequences, as the ligers are more prone to fatal diseases, like cancer and they mostly have a very short lifespan. Also the tigress often has to undergo a C-section when giving birth to a Liger due to the huge size of the liger, which is quite bigger than the tigress. According to general records, lions tend to live for ten to fourteen years in the wild, while they live more than twenty years in captivity. On the other hand, the lifespan of tigers is known to be more than twenty years in captivity.

Though it’s often asked if ligers can reproduce, some reports have claimed that some ligers have been born through the mating of either a lion or a tiger with a liger.  According to some recent reports, the birth of the first Liliger was in the United States and announced by Garold Wayne in Interactive Zoological Park sometime in November, 2013. The Liliger was born from a male lion and a female liger.

Since the mating of lions and tigers is only done in captivity and not in the wild because the two cats don’t coexist in the same environment, this act is said to be wrong and illegal, as some of the cats suffer major complications during birth and sometimes, they even die.

This is due to the fact that ligers are way bigger than both of their parents. Also, the tigress’s life is at risk and if she is having a liger at a young age, a C-section may be required when the tigress may even die in the process.  Hence, breeding ligers is tagged as a mean practice.