The Belgian Malinois may be referred to as a medium-large dog breed that is sometimes classified as Belgian Shephard. This kind of dogs is categorized as a working dog since it carries out certain tasks like odor detection for tracking odor including narcotics, accelerants and explosive. It is also used in other kinds of police work, like search/rescue missions and to track down human trafficking. Moreover, the Belgian Malinois is used by the Secret Service of the USA for guarding the White House.

The Belgian Malinois is an intelligent dog breed which can be trained very easily. It exudes confidence and is known as a great guard and watchdog. It offers extraordinary skills at search & rescue operations due to its agility and other similar traits. You can teach it anything you want it to accomplish for you.

A list of the most notable facts about the Belgian Malinois is given below :

Belgian Malinois has a tendency to eat a lot of meat since it is a decent sized dog with the ability to do exceptional stuff. If you have one at home, you need to bear in mind that the natural body of the dog comes in a lighter frame. So you need to be careful while feeding it as its natural frame can be deceptive and you might not want to over feed it.

The ideal habitat for a Belgian Malinois is a home with a decent sized yard, but you can also keep it in your apartment after allowing it take part in different kinds of exercises. The dog prefers living in cooler climates but it may be adjusted to do just fine in hotter climates as well.

The Belgian Malinois comes with a highly protective instinct which makes the breed ideal to serve as a watchdog. It is highly intelligent and stays alert all the time. Sometimes it might exhibit some aggression signs towards strangers and other pets, but it is highly loyal to its keepers.

Belgian Malinois is known for its exceptional traits that include obedience, loyalty, intelligence, showmanship and the ability to track down events. That’s the reason why it is one of the best breeds to be used as watch dogs. It loves living a challenging life which requires it to take care of different kinds of strategic situations like protecting and guarding something.

The average lifecycle of a Belgian malinois is from 10 to 12 years.

The Belgian Malinois may be seen as a pretty well balanced, square dog with an elegant and uptight appearance. The breed is known to be very strong, full of life, muscular and agile.

A Belgian Malinois lives for at least 10 years while the maximum life expectancy is 12 years.

This breed of dogs was named after Malines, a city in Belgium which is the birthplace of the breed. Since its evolution in the 19th century, it is being used for carrying out different kinds of strategic operations that include sniffing and odor detection, guarding and protecting and other similar jobs.

The Belgian Malinois comes with a short haired, smooth coat that is considered to be very convenient to groom. All a keeper needs to do is brush the Malinois on a regular basis using a bristle brush. Bathing it is recommended in scenarios when it is absolutely essential. This is due to the fact that bathing tends to remove the natural waterproofing characteristic of the coat.

The Belgian Malinois keeps on shedding lightly throughout the year, while it sheds heavily at least twice every year.

A Belgian Malinois in its best form is normally very active, hardworking, alert, protective, friendly and intelligent. The breed exhibits the highest levels of energy which are merely exhibited by any other breed of dogs. Majority of these dogs usually have a very high prey drive which shows their active nature. The best course of action to keep your Belgian Malinois at the right track is to keep exercising them on a regular basis. This would enable them to channelize all their energies into a productive direction and they will exhibit their best traits and behavior. 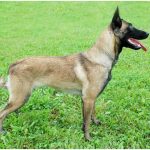 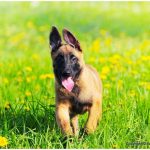 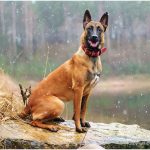 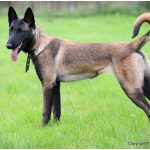 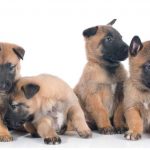 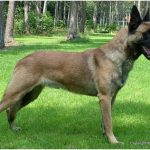 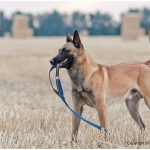 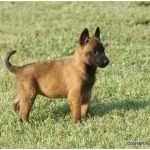 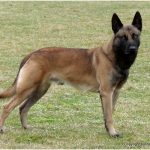 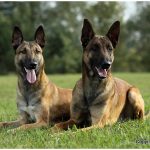 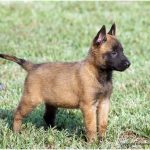 The Belgian Malinois breed has an uptight appearance since it has a lighter coat. Therefore, it is pretty easy and convenient to groom them. However, they have a tendency to shed so you might need to carry out some additional brushing sessions while they are shedding. Fine slicker brushers might be used for the easy removal of the dead coat while the dog is shedding. As far as their nails are concerned, they need to be trimmed on a regular basis in order to prevent cracking and overgrowth. In addition to this, their ears also need to be checked every once in a while in order to prevent the buildup of debris and wax. Last but not the least, you also need to make sure that their teeth are brushed properly on a regular basis.

The most notable characteristics exhibited by the Belgian Malinois are listed below :-