Bat is a nocturnal animal living uniformly in almost all parts of the world except Arctic and Antarctic regions. The population of bats constitute more than one quarter of all mammals. There are more than 1100 species of bats with some of them making few million counts. They live anywhere like caves, forests, abandoned buildings, trees, mountains, deserts and even on sea-sides. They are of less weight and it is the bumblebee bat which is ranked the smallest mammal in the world.

Bat is the only mammal that is capable of flying. Feather like body and less weight makes the bat to fly easily. Bats have exceptionally high sense of hearing. It can hear any small sound even from the distance of 6 miles long. They use the echolocation method for identifying its prey. It emits a sound that reaches the object (prey) and bounce back. A bat can easily make out how far the prey is and how fast it is traveling even from the place in which they are flying. It all takes less than a second for a bat to recognize its prey.

Bats feed on tons of insects each day thus helping in pest control. Bats are capable of flying in great heights. Bats can live up to 30 years thus having long lifespan of all mammals. Most of the bat species are carnivorous feeding on insects, frogs and fruits. Only few species of bat involve in sucking blood from animals. Bats have amazing digestive system and can digest almost any type of food in just 20 minutes.

Some bats are very small measuring less than 2 cm but there are some species that has large wings spreading over 2 meters. Most of the bats do not have the capacity to make vitamin C from their food which can be due to genetic predisposition.

More than half of the species are carnivores feeding on small insects and rodents. As said earlier, they consume thousands of insects each hour thus helps in keeping the environment clean. They are fond of birds, lizards and prey on small mammals like rats. They could spot the insects from far-off places. It is not an overstatement to say that there would be insects – insects everywhere if bats were not there. Their favorite food is mice and insects.

One could not see the bat catching an insect and feeding on it, however minute he may watch. It is because the bat rapidly spots the insect from great heights and catches it with its tail membrane quickly and feeds on it within split of second. It can catch thousands of aerial insects in the mid-air with great accuracy and speed. Bats are very smart in sensing the sounds made by frogs inside the water and locate them within seconds. Some of them use echolocation to catch tiny fishes that creates ripples on water.

Some bats feed only on fruits and nectar. Only three species of bats stick on to the diet of blood, known as vampire bats. They largely feed on big mammals to suck their blood from wounds or injury. The dung of bat is called guano is largely used as nutrients for soil by farmers.

Bat can live in all zones and places of world. It adapts to the surrounding environment by choosing the diet and right climate for its survival. It is considered to be the most widely seen mammal in all continents of the world except for freezing zones and Polar Regions.

They select different habitat depending on the season. They hibernate on the roosts found in trees, crevices and man-made holes most of the day and start hunting on the night. There are millions of bats in some of its species and few species are becoming extinct now.

Bats have the rare quality of sensing its prey using sounds. It is known as echolocation which is a process in which they emit sound which gets bounced back when it hits an object. Bats can sense the direction and exact location of the object (whether it is animal, bird or insect) and even its size in just fraction of second using this principle.

Most of the species live in groups/colonies thus making thousands and millions of bats in caves and dense trees. But some species live alone preferring solitary nature. Bats migrate from one place to another to escape from winter cold and some of them go into torpor (hypothermia) which may last from few hours to few months also. They can travel thousands of kilometers to avoid winter.

Bats do not fly in rain since they cannot use echolocation for hunting its prey since the sound of rain will interfere with the sound emitted by them. Apart from echolocation they also make special sound which is connected with their behavior. Bats are self-conscious grooming like a teenager. They clean and lick themselves and also other groups spending hours together for cleaning and grooming.

The main enemies of bat are hawks, eagle, large snakes and falcons. Some large spiders are capable of eating bats caught in its web.

Most of the bats are nocturnal (active in night) and they are capable of sensing its prey from any distance. These are the smallest mammals capable of flying any distances at great heights. They generally live in colonies in the caves, forests and trees and choose their destination after ascertaining the availability of food.

Bats are capable of flying 25 miles per hour and are at par with many birds. Since they are mammals the mothers take care of the young ones until they have learnt to fly and find its food. Most of them are black or brown in color but there are few species in white color.

Bats (unlike other mammals) yield only one pup during a year. Gestation (pregnancy term) for bats vary widely according to the size. Small sized bats have gestation period as low as 40 days and some large ones will extend their pregnancy stage till 6 months.

Bats are considered to be the slowest of all mammals in the aspect of reproduction. The birth weight of the pup would be up to 25% of the mother’s weight. Females will make arrangement of maternity colonies for taking care and nurturing their young one but males do not generally help the females in raising the pups. Breeding seasons is normally spring or in warm climatic condition. It would first check for abundant food supplies before building the maternity colony and mating. Some female bats will have 2-3 litters in a year however they yield only one pup for a year.

It is really difficult for the mother to carry their young ones while flying. The pup will feed on the milk of the mother which has to depend on plenty of insects to prevent starving of the self and young one. The young ones can become fully mature and independent ranging from 6 weeks to 4 months, depending on its size. Females mate with their counterpart only if the conditions are favorable and food is available in plenty.

It is very surprising to note that females will not release the sperm to fuse with eggs until the spring comes. Unlike other species fertilization do not take place immediately after mating. All these efforts are taken care of by the female bats for the ultimate survival of its young one without any hazard.

Bats are mammals ranging from the smallest size (less than 2 cm) to 180 cm in length. According to their size their weight varies from 2 gm to 1000 gm. They are small black creatures looking similar to that of mice. It can extend its wings while flying. Bats belong to the order of Chiroptera and his forelimbs are modified into webbed wings. It is the only mammal capable of true flight capable of flying any distance.

It has an excellent sense of smell which it uses to locate foods and finding roosts. Bats which eat fruits and nectar have increased sense of smell for identifying new variety of plants. It is a myth that bats are blind. They have small blackish brown eyes and have clear eyesight. Their eyes are capable of locating objects clearer in the dark than during the day. They have a pair of strong feet which is used to hang upside down in the roosts. It uses the membrane of its body to make upward and downward movements. Its forelimbs are in the form of wings and there is “lift” like feature between the 4th finger and 5th finger. 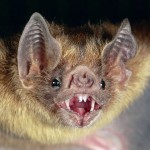 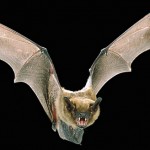 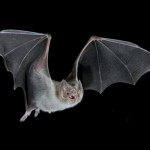 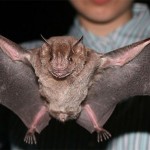 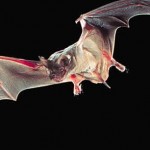 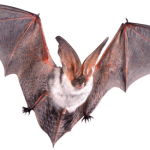 Life span of a bat is more than many mammals in the world. A bat can live up to 30-35 years. It is interesting to note that in-spite of its small size it can live such a lengthy period which is impossible for many small mammals. White nose syndrome is a type of fungus that attacks and kills several species of bats deteriorating its population.

Bats At a Glance :