The Bactrian camel is a type of rare camel. Its biological name is Camelus bactrianus. The Bactrian camel can be found in parts of central Asia. This kind of camel was popular with kings because of their ability to tread many miles without food and water. They can withstand any sort of weather, drought, and heights.

There are some Bactrian camels that are taller than 7 feet. The length of the Bactrian camel can be less than 10 feet in length. The males are usually larger than the females. Their coat comes in different shades, though the most common shade is a brown color. On the throat and neck a long mane can be found.

Since their feet are tough, they are able to walk in strict conditions.

The Bactrian camel lives on water and plants. Like camels, the Bactrian camel has the ability to store water for long periods of time. They are considered to be popular among many households in central Asia even today. That is because they withstand high temperature. It can be either very cold or very hot.

You would be astounded to know that they can drink more than 50 liters of water at a time. When they have sufficient food and water to eat, their humps are erect. As the food resources reduce, they lean on to a side. They can run up to speeds of more than 60 km/h. Since they are excellent swimmers they can be taken across water bodies too.

They have a strong nose which can find out smells from a distance. They sleep at night and find food at day. They are herbivorous animals and consume prickly and dry vegetation. When they are not able to find their main source of food, they consume bones, carcasses, and skin. Sometimes, they can also live in sandals, ropes, and tents.

It is amazing at how this animal and eats such food and survives. It is not often that you hear about an animal that eats on such food and survives. The Bactrian camel is an ideal animal to keep when you are living in the desert. When compared to the traditional camels, they are far better and economical. You would want to consider using them.

When they feel threatened, they tend to spit or kick their legs.

The main difference between the traditional camel and the Bactrian camel is that they can drink salt water. You would find that camels which are domesticated cannot drink salty water. But, it is not very clear how the Bactrian camel can drink in salt water. As of October 2002, their population was 800 only. They are on the International Union for Conservation of Nature (IUCN) Red List of Threatened Species.

For more than 6,000 years, the Bactrian camel has been used for transportation.

The Bactrian camels are migratory. They can survive in deserts, mountains, sand dunes, and plains. They are usually found in these areas because water and food can be found here. During the winter months, snow forms. As it becomes hotter, the snow becomes water and the Bactrian camel drinks that to survive. 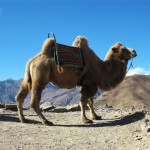 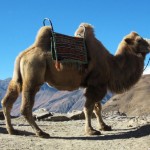 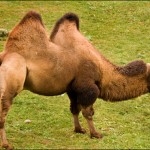 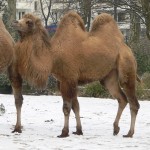 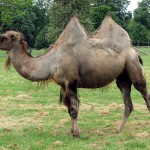 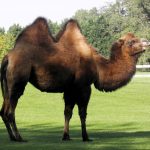 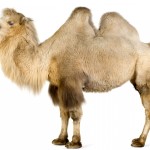 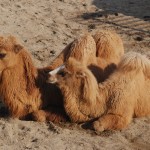 Their rates have been reduced with each passing year that is because the land has been taken up for industrial and mining complexes. They are forced to survive with less water and food.