Hamsters belong to Cricetinae subfamily and are rodents. These have become quite popular pets as these can be bred easily and easy to groom. These are employed in laboratories often. In wild, these prefer remaining underground in order to avoid being hunted by the predators. These feed on insects, fruits and seeds. These have cheek pouches in which they carry food to their burrows.

Hamsters are fond of eating. Their diet comprises of roots of plants, vegetables, fruits, seeds and small insects. If you are considering having a hamster as a pet, then make sure to offer them variety of food. 5% fat and 16% protein should be included in their diet as per the Canadian Federation of Humane Societies.

Hamsters prefer to inhabit areas that are dry and warm. These prefers areas such as sand dunes and steppes. These were discovered in Syria and were brought to the US in 1936.

Hamsters make curios and clever companions. They are alert, sociable and active. They are friendly pets. Their food intake speaks a lot about them. A healthy, happy hamster drinks and eats regularly. Pay attention to the breathing pattern of a hamster while picking one. A clear breathing pattern indicates that the hamster is healthy. These sleep a lot during the day. These can be easily made to adjust to your schedule. These love chewing as their teeth never stops growing. Offer them chew sticks and toys.

Hamster do not live long. They can live for a maximum period of 3 or 3.5 years. The lifespan varies with the species of the hamster. Few hamsters live for 1.5 to 2 years.

Hamsters get scared of rapid movements and loud noises as they are prey animals. These are eaten by predators such as snakes, hawks, owls, eagles, falcons, jackals, wild dogs and coyotes. There are many human tribes that eat hamsters.

Hamsters possess a cute and distinctive appearance. These start dancing around when they stand on their rear legs. These possess shiny and bold eyes. These have upright and large ears. These have a short tail of around 2.5cm. these have sleek, thick hair. These possess sharp claws which helps them in digging and climbing. Their strong muscles permit them to crawl forwards and backwards. The most unique feature are their cheeks. They consist of pouches in which they stuff a lot of food. Their teeth never stop growing. It is quite easy to distinguish between a female and a male hamster from the appearance. Male hamsters have a tapered bottom end and have a longer body. The rear part of a female hamster is blunt and rounded.

Small illnesses and injuries can prove out to be serious for a hamster. A veterinarian has to be contacted immediately if a change in eating patterns and activities is noted. They have to be kept warm and encouraged to drink water and eat if they have fallen ill. The common health issues in hamsters include: 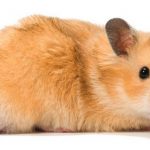 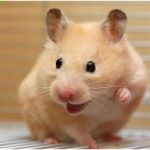 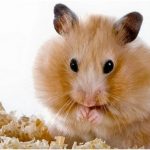 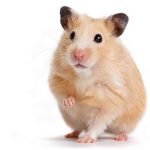 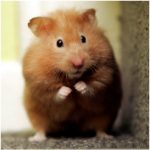 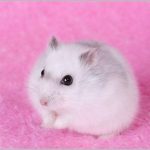 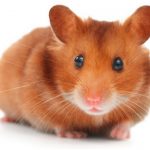 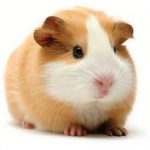 Hamsters are clean creatures and love grooming themselves. Although they love keeping themselves clean, they need be given dust bath once in a while. The hamster must be made to rill on the sand or the dust. Fresh dust for bathing should be employed each time.

Not all hamsters shed their fur. The most common hamsters in which shedding is noted are the winter white dwarf hamster.